Is the Bible a contradiction? 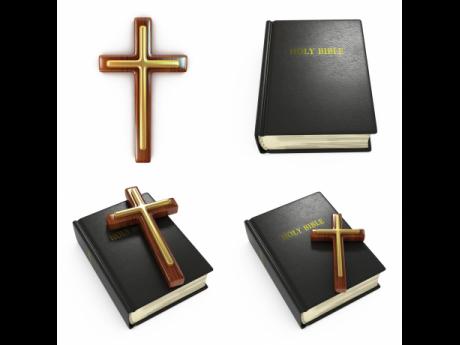 "Every Word of God is pure: he is a shield unto them that put their trust in him. Add thou not unto his words, lest he reprove thee, and thou be found a liar."

he Bible - God's words to man - is not the easiest of books to understand. It is even worse when it can be interpreted as a study in contradictions.

From its first book - Genesis - there is room for confusion as the creation story tells us that God created Adam and Eve, who had Cain and Abel. Yet after Cain murdered his brother, he ran off and went to live elsewhere with another woman, with Eve being the only female mentioned in the Bible.

Based on the premise that God cannot lie, then His word, therefore, must be true.

Still, this does not erase the many questions that arise, with some scriptures saying one thing and others implying something else.

Added to the contradictory mix are some of the Old Testament laws, such as 'an eye for an eye'. Yet, in Matthew 5 vs 38-39, Jesus, in His teachings, made reference saying, "Ye hath heard that it hath been said an eye for an eye and a tooth for a tooth, but I say unto you, that he resist not evil: but whosoever shall smite thee on the right cheek, turn to him the other also."

Are the old laws abolished? Are we now living 'under grace' solely?

Family and Religion sought answers from Apostle Kelson Miller, pastor of the Born-again Deliverance Ministries in Nassau, Bahamas, who emphasises that it is all about understanding the word.

Miller said that those who are of that opinion either do not study the word at all or need to dig deeper.

"We must understand that the Bible is written in two parts, the old and the new. These are called testaments because that's what they are. (Testament) law is usually formal, written directive providing for the disposition of one's property after death; a will; a covenant instituted between God and man, especially the covenant of Moses or that instituted by Christ."

The confusion on the Bible's interpretation encompasses other things, such as eating of pork, where it is forbidden to eat in the Old Testament, yet in the New Testament, Romans 14 vs 14 stresses: "I am convinced, being fully persuaded in the Lord Jesus, that nothing is unclean in itself."

Addressing this, Miller said the key is to spend a lot of time in the word.

"I think the answer is clear. The Bible does not contradict itself nor is it causing confusion. The Word of God tells us that we are to study to show ourselves approved unto God," he said.

Miller points out that the Old Testament laws have not been abolished, as some assume, but rather were fulfilled by Christ when He went on the cross.

Colossians 2:13-14 (KJV): "And you, being dead in your sins and the circumcision of your flesh, hath he quickened together with him, having forgiven you all trespasses; Blotting out the handwriting of ordinances that was against us, which was contrary to us, and took it out of the way, nailing it to his cross."

For Miller, the 10 Commandments given in the Old Testament are still very much relevant today.

Miller went on to stress that Jesus did not come to destroy neither the law nor the prophets as He affirms His mission, saying not one jot or one title would pass till all be fulfilled.

"The key word here is 'till'. What Jesus was

saying to us is that He didn't come to break the law,

but to bring its fulfilment so that He could move it