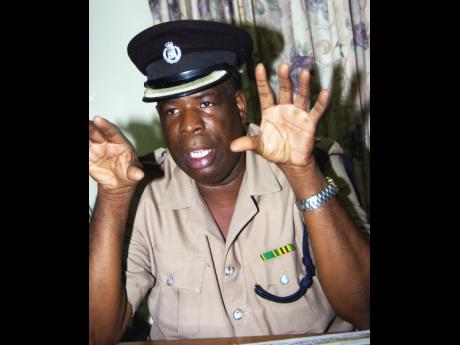 Though not much is known about the country's most-wanted man, Marlon 'Duppy Film' Perry, the police are insisting that he is public enemy number one, armed and considered to be extremely dangerous.

But who is 'Duppy Film'?

Head of Area 5, Assistant Commissioner of Police Derrick 'Cowboy' Knight, said Perry, who was educated at a prominent school in Yallahs, St Thomas, has been on the run since December 8, 2010, when he was implicated in a triple murder, which occurred in the parish. The senior officer further explained that Perry is also a suspect in a case of shooting which took place on February 11, 2013.

"Duppy Film is also being sought in connection with the double murder of two policemen: Corporal Kenneth Davis and Constable Craig Palmer, who were gunned down on Tuesday, December 22, 2015, in St Thomas," said ACP Knight.

According to the police, Perry, who came to their attention in 2010, was then implicated in incidents of rape, robbery and extortion. Last year, a senior member of his family was released from custody after serving time for a gun-related offence.

But how has he been able to elude the many police/military dragnets over the past five years?

"He keeps changing his features. Sometimes he wears a beard, the next moment he is clean-shaven, right now his complexion has changed," said ACP Knight.

Apart from the number of threats sent to the police, his latest assault on the lawmen occurred on Wednesday, when, according to police, he was among a group of men who engaged them in a shoot-out, during a massive police/military operation in Harbour View, St Andrew.

One of the men was shot and killed. An Uzi sub-machine gun was among two weapons seized in the aftermath. The other is a Glock 9-MM Pistol.

Based on intelligence, the sub-machine weapon belongs to Perry.

"This is his weapon of choice. Wherever he goes, he always has the Uzi.

He never leaves it. This man is extremely dangerous, and I just want to warn members of the public that if they are involved in any way hiding this man, they will be arrested and charge in accordance with the law," said Knight.