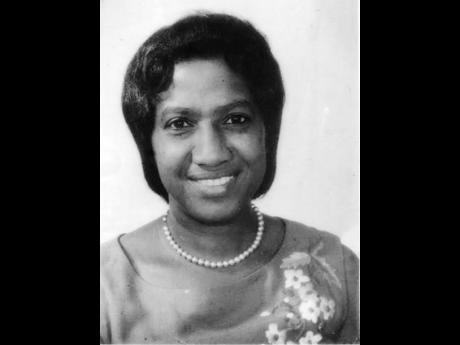 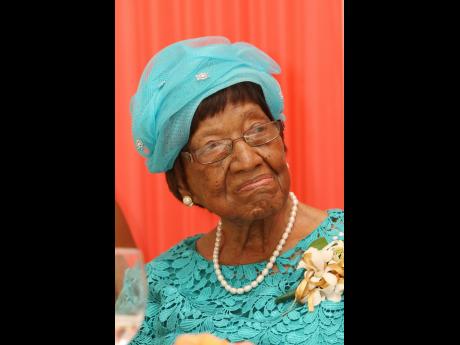 To live for more than a century is a feat in itself and surpassing the milestone deserves its own merit. Such are the sentiments shared with the eldest member of the Sagicor family, Joyce Allen.

Allen was born in Watercress, Westmoreland, on Wednesday, August 25, 1915. She was educated at Mannings School and Bethlehem Teachers' Training College. She taught for 17 years from 1936 to 1953 after which she was not only the island organising secretary, but also a member of the Jamaica Women's Federation from 1953 to 1954.

She also served as a probation officer for 10 years between 1954 and 1964. Thereafter, she worked in the Ministry of Labour and Social Security from 1965 to 1976 as a training officer and administrative assistant for the Jamaica Foundation for Lifelong Learning (JAMAL).

During the later years of her illustrious career, Allen did further studies at the University of the West Indies while her son also pursued his undergraduate degree.

Her numerous awards include: Badge of Honour for long and faithful services in the field of Social Work; outstanding contribution to the work of Students' Christian Fellowship and Scripture Union; Good Samaritan Award; Harmony in the Home Movement Award, Jamaica Baptist Union and the Jamaica Baptist Women's Federation Award for Long and Faithful service; and Reach Women's Club Award for outstanding national service as teacher, social worker; and church worker.

Allen has co-authored chapters in the book Cradle of the Nations, and she has written the article titled Alternative to Infirmaries in Jamaica, as well as a paper on organised self-help and community participation to enhance the quality of life of the elderly for presentation at the International Conference on Ageing held in Israel in 1974.

In January 1992, Allen became a part of the Sagicor family, and for 24 years, Sagicor has served her diligently and faithfully.

Nadine Newsome, public relations and corporate social responsibility manager, says Sagicor is very proud to serve such an amazing individual, who has served Jamaica for such a long time.

NOT JUST A CLIENT

"Sagicor strongly believes that our policy holders are not just clients, but members of the Sagicor family, as we pay close attention to every one of their investments. Upon becoming a part of the Sagicor family, Joyce was assured that her future and the future of her family and what she holds closest to her heart were in good, safe hands," Newsome said.

During her 101 years, Allen has given voluntary service to the Reach Women's Club, the Jamaica Baptist Women's Federation, the National Consumers League, the Christian Graduates' Fellowship, and the National Council of the Aged. She also sat on numerous boards and committees and is the proud founder of a basic school.