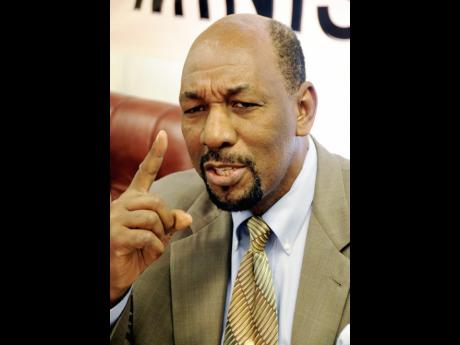 Work to develop a compensation policy for the public sector is well advanced, according to State Minister for Finance and the Public Service Rudyard Spencer.

In his contribution to the Sectoral Debate in Parliament on Tuesday, Spencer said the compensation policy would be instrumental in designing the Government's medium-term wage policy, consistent with the legislated wage ceiling.

He told his parliamentary colleagues that a submission was being prepared for discussion at Cabinet shortly.

Commenting on industrial relations, Spencer said that the Ministry of Finance was still in discussions with four groups within central and local government to conclude negotiations for the 2015 to 2017 contract period. This represents one per cent of the entire bargaining groups.

"Let me point out that even with the continued economic challenges and the seven per cent increase in wages and salaries granted to public-sector workers under the 2015-2017 wage contract period, the industrial climate remained stable within the public sector and harmony was maintained at 97 per cent," Spencer added.

He said that provision has been made in the current budget to settle outstanding agreements related to the 2015-2017 contract period, as well as arrears in allowances to groups in the health sector.

Discussing the Pensions (Public Sector) Act, which was passed in the Lower House last week, Spencer said there was still a window of opportunity for labour groups to highlight their concerns with provisions in the legislation. "...There is still the opportunity for discussion and possible amendment even after the Lower House has passed the bill and it awaits passage in the Upper House."