On the importance of men 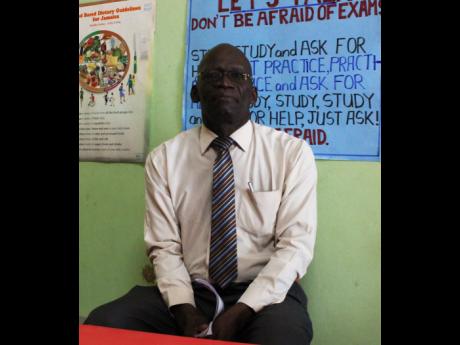 Guidance counsellor Maurice Richards is a community-focused member of the Religious Society of Friends (Quakers) who insists that Jamaica has been in moral decline for many years but who fears that the worst is yet to come.

Speaking recently from his office at the Galina Primary School in St Mary, Richards claims that society's preference for material over substance is the main reason there has been an erosion of traditional family values in recent years.

He told Family and Religion: "The place Jamaica is in now, we have been getting there for a long time. In terms of morals and principles, we have sold ourselves short for quick gain. The influence of the Church has been weakened, and now we talk as though money is the most important thing. That emphasis has caused great change because now, people want things overnight, and that's why you have things like scamming.

"The Church is just for one or two days a week, and so for five days out of seven, people are out there thinking about revenge, quick money, and shortcuts. There is no morality or honesty because now, they say every man has a price. But you must have something inside you that is about more than money."

Richards, who spent most of his life in the northeastern parishes, worked as guidance councillor for several years before obtaining a degree in the subject in 2011, and has observed how the presence of male staff in schools has become increasingly necessary.

He explained: "Having males in a school makes a big difference. Sometimes you walk into a classroom and they might call me 'Miss' because they are just used to dealing with women and not having much male influence in their lives.

"The trend to be aggressive and fight is a big thing, and that's why we have so many violent assaults and murders in Jamaica. The guidance counselling department plays a role in trying to restrain and change young men's outlooks, which is another reason male figures are so important.

"When there is a fight at school, the first thing some parents will say to their child is 'Lick 'im back.' The mother doesn't come and say, 'Tell me what happened between you two.' That's part of the problem because this is how things start - in school with fights and stones. Then it goes on to a machete and ends up with guns. We have to learn to have more self-control.

"I'm not for ill-treating anybody, but children must realise there must be order, and there should be a culture of respect, kindness, loyalty, honesty, and fair play in schools because not everything is about money. Poor is the man whose only wealth is money. If you are a community person with a good name who people love and trust, you are wealthy, and when you can smile and feel happy, that is wealth, too."