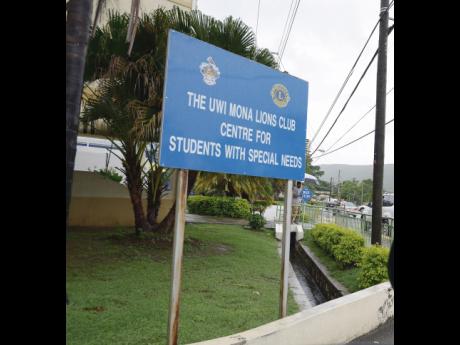 Ian Allen
The main office for students with disabilities at the University of the West Indies, Mona campus. 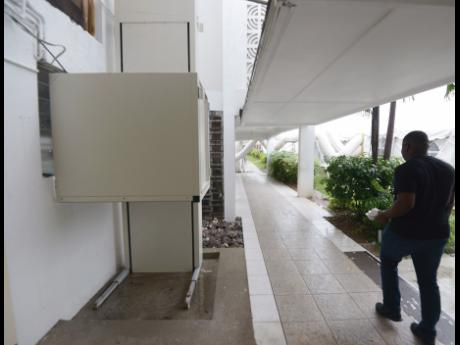 Ian Allen
A shaft constructed to house an elevator to facilitate disabled persons getting to the Council Room, principal's office and other deparments located upstairs at the Undercroft by the Senate area of the UWI, Mona Campus. 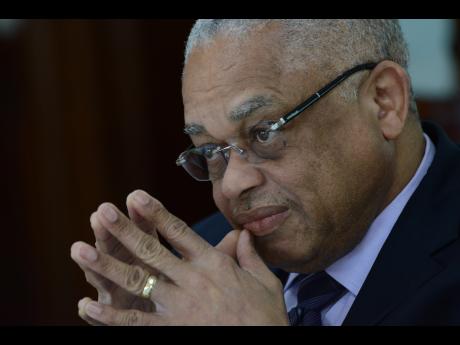 Principal of the Mona campus of the University of the West Indies (UWI), Professor Archibald McDonald, has admitted to progress being slow in making the institution fully disabled-friendly.

McDonald had called on the government, private sector, and academic stakeholders to create a disability-friendly society during his presentation at the biennial Regional Disability Studies Conference held at the UWI, Mona campus, in 2014.

But three years later, that is not the reality faced by the 40 disabled students now enrolled at the university.

"There is an ongoing programme to retrofit all the old buildings, but it is going extremely slow due to the lack of financial resources," said McDonald.

"So, for example, even the Philip Sherlock Centre (for the Creative Arts), we need to retrofit it so that it has wheelchair access, but we have not been able to identify the funding for it as yet.

"We just now acquired funding to put an elevator in the Council Room. One of our honorary granduants last year could not access the Council Room to prepare for graduation, so we had to do that downstairs," added McDonald.

But it is not only students who are being affected, as McDonald revealed that some disabled members of staff have also found it difficult to access some buildings.

"There is the School of Education in the Faculty of Humanities where there is a similar problem," said McDonald.

"There are members of staff with various disabilities and they just can't make it up the stairs. In fact, they had to construct an office downstairs for a member of staff who was unable to negotiate the stairs."

Senator Floyd Morris, who is head of the Centre for Disability Studies at UWI, Mona, and is himself blind, said while the university has not yet been able to make all the necessary infrastructural improvements it has been very supportive to persons with disabilities.

"Right now, the office for Special Student Services, which caters for students with special needs at the undergraduate level, has close to 300 volunteers," said Morris.

There is an estimated 400,000 persons locally with disabilities across the island and the Jamaica Council for Persons with Disabilities has argued that without access to the physical space, information, communication, and especially education, this population will always be on welfare, a cost the country cannot afford.

The Disabilities Act, passed in 2014, sought to address this as it promotes the integration and inclusion of persons with disabilities in all areas of national life, including education.

But Morris believes that in order for more persons with disabilities to matriculate to universities, there are some issues that have to be addressed from the national educational perspective.

Morris explained that deaf persons have a problem with phonics so it negatively impacts their English language, while blind persons tend to struggle with mathematics.

"So you find that some blind persons shy away from maths, and that's a core subject for the University of the West Indies, and also some deaf persons have problem with English language, and that's another core subject area for the university," said Morris.

"Those issues have to be addressed, and once they are addressed, from the national perspective we will see a greater intake of persons with disabilities in the university.

"Technology will have to play a pivotal role, and I see where that is being addressed currently with the said University of the West Indies through the Centre for Disabilities Studies," added Morris.