Don't worry about Denbigh, says Grant - JAS president confident all will be well despite concerns 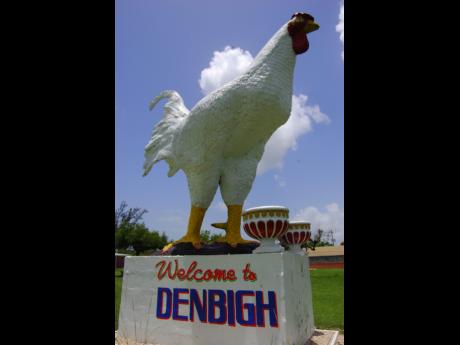 When it comes to May Pen, nothing is as famous as the annual Denbigh Farm Show. 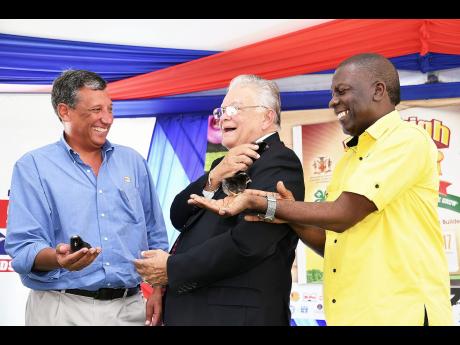 Contributed
Christopher Levy (left), president and chief executive officer of the Jamaica Broilers Group, smiles at the antics of Agriculture Minister Karl Samuda (centre) and Norman Grant, president of the Jamaica Agricultural Society, at the recent launch of the 65th staging of the Denbigh Agricultural, Industrial and Food Show. 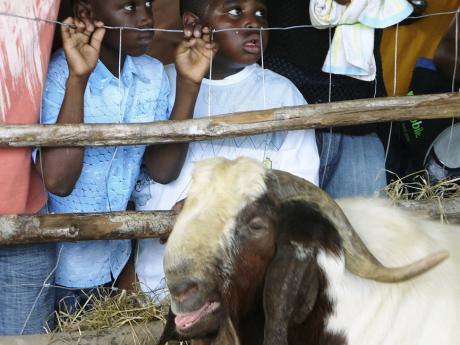 File
Young boys look at more than just the goat at a recent show at Denbigh.
1
2
3

With the 65th staging of the annual Denbigh Agricultural, Industrial and Food Show scheduled for August 5-7, president of the Jamaica Agricultural Society (JAS), Norman Grant, who is also the chairman of the Denbigh Show Committee, has moved to allay fears that the show is in trouble.

"The Jamaica Agricultural Society will be committing all the resources, efforts and commitment to stage the finest and the best-ever Denbigh show," Grant said in a release yesterday.

This followed concerns remain about the state of the 52-acre Clarendon property which will host the event, and fears that the health ministry might withhold its permission because of public-safety concerns.

"We also give our irrevocable commitment that all the areas of concerns by the Public Health Department are being addressed, and will be addressed well in advance of the staging of the show," said Grant ahead of a planned meeting with health officials yesterday afternoon.

"The 65th staging will be held under the theme: 'Grow What We Eat and Eat What We Grow ... A salute to the Farmers ... Nation Builders' (and will) showcase the work of our 250,000 farmers and fisherfolk.

"We estimate that the cost to stage this year's show will be approximately $100 million and is estimated to generate over $1 billion of economic activities for the Jamaican economy, and most important, of significant benefit to the commerce of May Pen, Clarendon," added the Grant.

His comments came after a Sunday Gleaner team visited the showgrounds recently, after residents voiced concerns that it seemed nowhere ready to host the event which could form part of Jamaica's celebration of 55 years of independence.

"Where we are now in terms of the state of readiness is well ahead of where we were anywhere in the last 10 years," Grant told The Sunday Gleaner.

"We have started to clean the grounds, and over the course of the next week, a company will be coming to expedite the overall landscaping of the grounds, along with our own team that we have," said Grant.

With sections of the grounds now having overgrown trees and large patches of wild grass, Grant told our news team that this was deliberate on the part of the management of the facility.

"We allowed the trees to grow, then in another couple of weeks we can cut them how we want them. The grass that we will cut on the ground, we will need it in the livestock area, and some will be used as padding," added Grant.

The JAS president said he is confident that the grounds will be ready for the smooth running of the show over the three days.

According to Grant, work on the parish pavilions will begin in the next 10 days, with expectation that they will be ready by the third week of July.

"The JAS will be providing each parish association with a fund of $300,000 as a part of efforts to mobilise them to start and conclude their preparation for Denbigh 65, and we are looking to have a major show," he said as he added that he remains upbeat about this year's event.

Last year, our news team saw sections of the lawn being cut on the opening day of the show, which was also marred by a lack of electricity in some areas.

Custos of Clarendon William Shagoury had to resort to the use of a generator to power the exhibitions inside the Clarendon Pavilion.

When our news team visited recently, sections of the property were still without electricity and the water supply had been cut off.

A source said the administrative building was without power, and had it not been for the custos there would be chaos, as he is footing the bill for the electricity for the section of the grounds where members of the Jamaica Defence Force are now camping.

But Grant said the absence of water is linked to a dispute with the National Water Commission (NWC), which sent him a $4-million bill for the premises.

"What we are saying is that the only time we use water is the three days of Denbigh, and there's no way we can consume $4 million worth of water in three days," said Grant.

He added that until the matter is resolved, they will not be consuming anymore water from the NWC.

According to Grant, he is aware that soldiers are camping and on the grounds and the electricity bill is shared between the JAS and the custos.

But when our news team contacted the custos, he said he was footing the $40,000 a month bill, sometimes with the assistance of other May Pen business owners who realise he is shouldering the burden on his own.

"Every month the bill comes to me, the bill is in my name," said Shagoury, as he charged that a substantial amount is owed to the JPS for electricity used at the showgrounds.

Shagoury added that the water for the premises is being taken care of by Cousins Constructions Services, which refills the tanks on a regular basis.