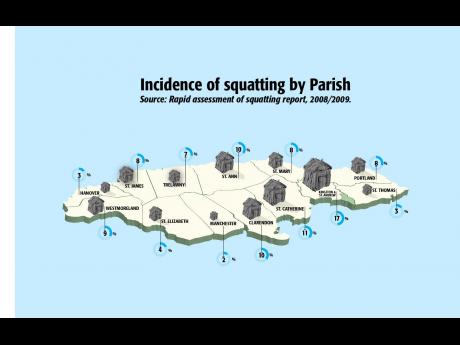 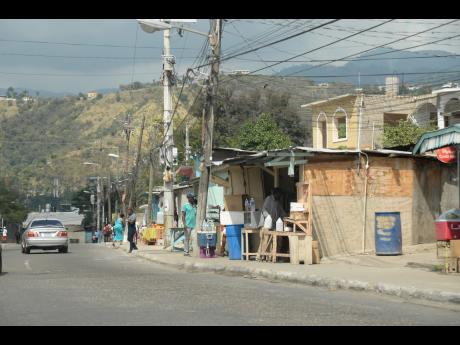 File
A section of the Mona Commons squatter community in St Andrew which is to be regularised.
1
2

University lecturer Dr Eris Schoburgh has linked the mushrooming of informal settlements across the island to the uncertainty about the role of local government bodies to address the challenge.

According to Schoburgh, the growth of squatter communities affects the structure of governance at both levels, but specifically at the local level, "and is indicative of the failure of local government to execute its regulatory role effectively".

In a research paper titled 'Arresting the Growth of Informality thru Developmental Local Government', which is published in the book Developmental Local Governance, Schoburgh argued that the growth of squatter settlements in Jamaica has continued as successive administrations have failed to effectively deal with the issues, especially given the development challenges associated with these spaces.

She noted that the local government authorities have a significant role to play in land management and utilisation and, by extension, the designing of policies to deal effectively with the problem of squatter settlements.

"Local authorities in addition to being designated local planners are also regulators of local activities, but in the performance of these functions they are confronted with a web of institutional arrangements that does not merely overlap but create ambiguity about the extent of local government powers," said Schoburgh.

"For instance, the Housing Act and Local Improvements Act that are utilised frequently in the formalisation of informal settlements provide for local authorities to have an input in decisions but assign the minister with responsibility for that policy sector the final veto power.

"In translation, local decision-making on land use or the pursuit of solutions to squatting has to first determine where local authority begins and ends.

"Second, local authorities often lose face in their efforts to address the growth of squatter settlements because inhabitants of these settlements have long realised that local government's power is circumscribed and their best option for regularisation is via a central government agency," said Schoburgh.

She noted that the vulnerability of squatter settlements in Jamaica, as elsewhere, is evident in their exposure to different kinds of environmental and natural hazards on account of their location and the types of building materials that are used for housing.

These squatter settlements are prone to flooding, landslides and storm surges, in addition to hazards that are induced by the behaviour of residents in these settlements.

Minister without Portfolio in the Ministry of Economic Growth and Job Creation, Dr Horace Chang, in his contribution to the Sectoral Debate in the House of Representatives in April, announced that the Government would be taking steps to relocate some squatters in settlements he described as dense.

Chang argued that if the country were to succeed in its efforts to address squatting, it should be addressed as a national programme and not as a ploy by an administration to secure votes.

But Schoburgh, who deems another major obstacle in addressing the issue of informal settlements in Jamaica to be the limited amount of concrete information about the extent or nature of squatting in Jamaica, believes local and not central government should be taking the lead role in tackling the issue.

"Sustainable and effective resolution of the incidence of squatting is linked positively to the formulation of policy solutions at the local level or integration of local policies into central government responses," said Schoburgh.

"A bottom-up approach with local government steering the 'networks' through which policy solutions are sought seems the natural path since local government is the legitimate authority created to ensure a good quality of life in local spaces, by responding to the needs of the local citizenry and regulating activities to ensure local collective welfare."

Dr Eris Schoburgh is senior lecturer in public policy/management in the Department of Government, UWI, Mona. The book, Developmental Local Governance, can be purchased online.