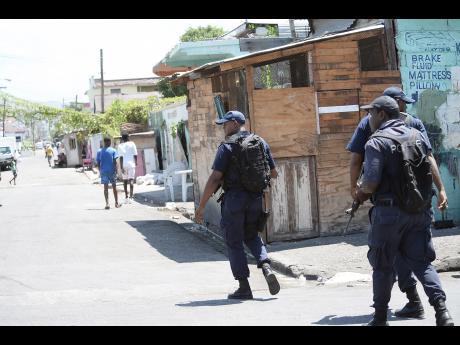 The Police High Command is reporting that it has completed an administrative review of the Jamaica Constabulary Force’s (JCF) operation in West Kingston in May 2010.

The high command says the review was conducted between February 28 and June 18 by a committee chaired by a Deputy Commissioner of Police and four prominent members of civil society‎.

The high command says the review committee has made nine recommendations based on its findings, but has not said what they are.

It says the final report was submitted to Police Commissioner George Quallo on July 7, who is currently sharing the document with the various oversight bodies for the JCF.

It further says the review body also assessed if the system to ensure effective and adequate investigation in cases of Use of Force by cops existed and was followed, and determined whether the conduct of the cops amounted to misconduct.

The administrative review was one of the recommendations coming out of the report of the Commission of Enquiry into the May 2010 operation.

The operation was aimed at executing an arrest warrant on then fugitive Christopher 'Dudus' Coke who was wanted in the US.

More than 70 persons, including a soldier, were killed in the operation.