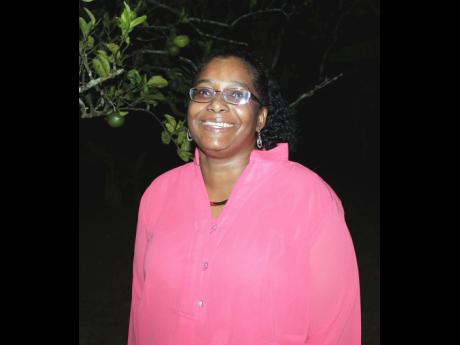 After travelling from the US earlier this month, Reverend Coretta Mathie has spent the past week in St Ann, hosting an eight-day crusade and distributing food, clothes, and medical equipment to Hill Top Correctional Juvenile Centre in Bamboo, and the local hospital and infirmary.

As the founder and president of the Arizona-based Dominion Life Ministries Incorporated church, Mathie, who hails from Guy's Hill, St, Catherine, decided that it was time to return home to see how should could contribute.

In the last 15 months, her charity, Mission of Grace and Hope, coordinated medical missions, which delivered over 2,500 free surgeries to poor people in Africa, an initiative she hopes to implement in Jamaica in the coming years.

Mathie told Family and Religion: “What has really brought me back now is the need of the people, which is great. I work in Africa where I support people's needs and just think it’s very important to come back to where I am from to help my own people.

“Crime, healthcare, and illiteracy are big problems here. Some people are unable and don’t have the resources to go to elementary or finish high school, so we give out scholarships because one of the things that holds us back is ignorance and illiteracy.

“I cannot help everybody, but helping those who I can makes a difference. And if I can show those people, and they are able to help someone else, we’ll be helping a whole lot of people. The crime rate is very high and a part of that is poverty, but it’s also a spiritual, demonic attack.

“The spiritual realm rules the physical realm and because of the sin and witchcraft people have involved themselves with, demonic forces have possessed them. When you’re possessed by demons, you will go out and kill, steal, and rape; these are demonic attacks upon the island.

“I’m here to go fourth because I’m of the spiritual realm and do not believe in religion. I believe religion has short-circuited and killed the power of God so pastors and churches on the island are powerless.”

To reverse this trend, Mathie insists a period of healing, deliverance, and unity is necessary. She explained: “We need people like us to come back and show them back to salvation, back to the true and living God; show them how to live by what Jesus says and not by what man says because religion is the law of man, and you have no power with that.

“You have to go back to the laws of Jesus to gain power because Satan only has the power you give him; he steals your power. And people keep going to obeah and voodoo men thinking they are gaining power, but they’re dabbling in witchcraft; paying Satan for the power they already have.

“I’m non-denominational because denominations are religions, which are organised groups. I belong to Jesus Christ and His laws, not the laws of man. A lot of people try to justify sin, and that’s part of the problem because you cannot.