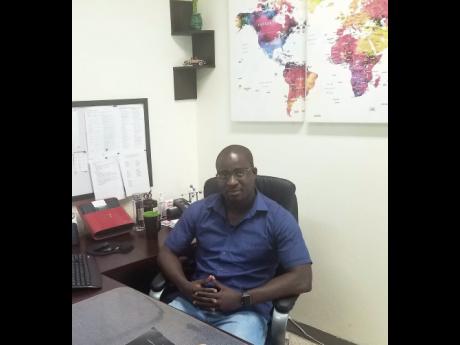 ANOTHER JAMAICAN, Dr Donovan Campbell, has made the prestigious Intergovernmental Panel on Climate Change (IPCC) team, this time to work on a special report focused on climate change and land.

Selected from among 640 nominations with only 104 places available for coordinating lead authors, lead authors and review editors, he was notified in July.

"I am excited because the IPCC is like the mother of the discipline, the authority for the work that we do, and to reach this point so early in my career, it is a massive deal for me. I never thought that at my age, and where I am at in my career, that I would be writing for the IPCC," he told The Gleaner.

Campbell joins Professor Michael Taylor, head of the Climate Studies Group Mona, who was nominated to serve as one of three coordinating lead authors for the third chapter of the special report on 1.5 degrees Celsius as a global greenhouse gas emissions target.

Meanwhile, a lecturer in the Department of the Geography and Geology at the University of the West Indies, Mona, he is also the first to admit he is a little nervous.

"I am a bit nervous because this is all the bigwigs, and you are going to be rubbing shoulders with a lot of the guys with the authority in the work that you are doing," Campbell noted.

"But a little bit of nerves is not bad," he added.

There is, too, the fact that there is much riding on the research done by the IPCC concerning implications for small-island developing states (SIDS), such as Jamaica and others of the Caribbean, who are counted among the most vulnerable to climate change.

Having Caribbean researchers as part of the mix is, therefore, critical.

"We have been under-represented in the IPCC. I think, with the exception of Mikey Taylor and Leonard Nurse, we haven't really had a lot of persons from the Caribbean who have reached that level. It is really a big responsibility from that standpoint. So we have to demonstrate our competence, that we are ready and know what we are talking about, and ensure that SIDS in the Caribbean have a voice on that stage," said Campbell, whose research interests include climate change, agriculture and fisheries.

"It is a big responsibility, but I feel privileged and honoured to take up that responsibility. I will be a part of the learning and the memory of the process of moving things forward. And we want to have more people from the Caribbean, certainly more scholars from the Caribbean, represented at that level. It is a good start for us to have that representation," he added.

The IPCC is the leading review and assessment body for "the most recent scientific, technical and socio-economic information produced worldwide relevant to the understanding of climate change".

Established in 1988, it is tasked to "provide the world with a clear scientific view on the current state of knowledge in climate change and its potential environmental and socio-economic impacts".

Campbell will travel to Norway in October for the first lead authors' meeting.

"From there, they will tell us what the schedule is and how the report will flow," he said.