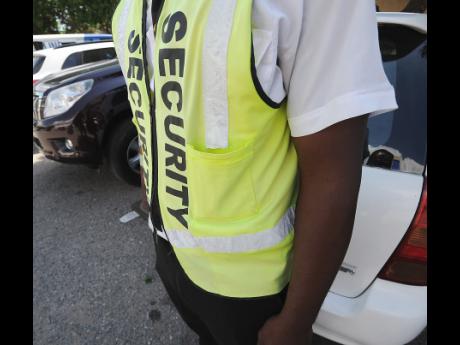 A Corporate Area-based security company could find itself in trouble amid claims by some members of staff that it has been underpaying them.

Bunker Security and Protection Limited is being accused of failing to increase the salaries of its guards when the minimum wage was increased last year.

The Sunday Gleaner has seen a contract issued by the company on June 10, with the guard being offered a basic salary of $204.97 per hour instead of the $221.35 which took effect in March 2016.

Last week, officials of the Ministry of Labour told our news team that industrial security guards paid at the old rate should report this so that a claim can be made on their behalf.

"If there is a clear breach of the Minimum Wage Act for industrial security guards, then they can lodge their complaints at the ministry," said a labour ministry official who asked not to be named because he is not the designated information officer.

"If it is not settled amicably through the ministry, we give the employee a letter to take to the clerk of the court and it is settled, as once they have the payslip that is enough proof," added the official.

He said security guards are encouraged to ensure they know the name of their employer to ensure that any lawsuit is served on the correct person.

The ministry official said while some security companies view their workers as contractors, and believe that once they sign their contracts accepting any rate of pay all is fine, this is not necessarily the case under the law.

"It is just that they interpret contractors in a different light from us, because we are still seeing them as workers, and that is why we would take on those issues," said the labour ministry official.

Efforts to get a comment from the management of Bunker Security and Protection have so far been unsuccessful.

Under the present minimum wage law, industrial security guards are to be paid an hourly rate of $221.35, and laundry allowance of $40.30 per hour.