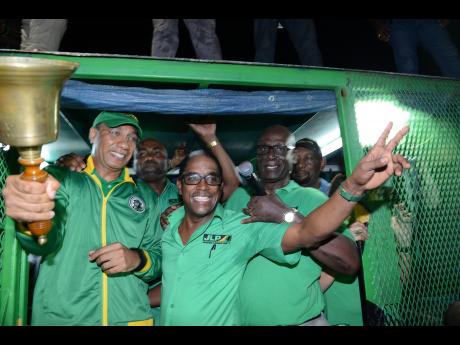 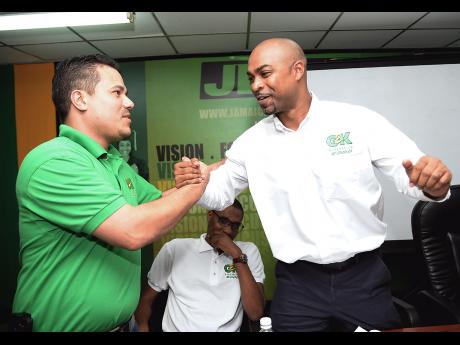 Matthew Samuda, a key Jamaica Labour Party (JLP) organiser in the recent by-election in South East St Mary, has charged that out of touch with the harsh realities on the ground, the People's National Party (PNP) had no realistic chance of retaining the seat.

According to Samuda, saddled with a relatively newly minted party leader, as well as a political newcomer to the constituency and politics in Dr Shane Alexis, the PNP needed to review and renew its campaign strategy, a fact to which it was blind.

"I don't see evidence of the PNP having made data-driven decisions in the constituency," Samuda told The Sunday Gleaner.

"Reeling from the hangover of Portia Simpson Miller's departure from representational politics, the PNP failed to keep pace with the current needs of its constituents, which was a big mistake," added Samuda.

He said the PNP's error was trying to connect with voters by offering a remake of the Jamaica Emergency Employment Plan (JEEP), which was merely an acronym and nowhere near a real employment programme.

Samuda said the JEEP strategy that worked so well for the former PNP leader was doomed to fail this time around.

"She (Simpson Miller) had an unusual ability to capture emotion and capture sentiment. There was high unemployment, she captured the emotion around that with no real plan. She used an acronym just to capture the imagination of a lot of people who were disaffected at the time.

"Whether consciously or unconsciously, what Shane Alexis did was very similar. I heard him do an interview talking about BPO and service sector, without acknowledging that the IT infrastructure to facilitate something like that wasn't in the constituency, there was no real plan," said Samuda.

He argued the approach of the JLP was fundamentally different.

"We spoke to the issues that not just research but conversations with our political structure there told us mattered, the road. So even though the road was in train and you don't plan a road project overnight we saw the need to increase the communication around the road works that are planned for the constituency because it matches the needs of the people."

According to Samuda, working on the premise that politics is the art of creating sentiment and then converting it into votes, the JLP went about crafting messages that would resonate with the constituents. Then there was the plus factor of party leadership, Samuda shared.

"We were able to rely heavily on that confidence that constituents displayed in the leadership of Andrew Holness. So with him saying that things will happen there is a firm belief that it will happen. There were a couple of projects that were committed to, primary among them being the Junction main road. It is necessary that we execute that even if it is on a phased basis.

"When the major thoroughfare for a constituency like that is upgraded and it so badly needs to be upgraded, I think you get yourself some space to start executing the other initiatives. The truth is if you lay the foundation with the infrastructural priorities, I believe that a lot of the rest will follow," said Samuda, who is a government senator.

He argued that advances in digital technology and increased access to social-media platforms by Jamaicans were also critical factors in the victory of the JLP's Dr Norman Dunn.

"Every single year since 2010 when I really started paying attention to new media and digital media, Jamaicans have climbed in every index in terms of access to data services, even if it's by way of telephones, and a greater numbers of Jamaicans have activated data plans.

"You have more access to information - whether it is through social network such as Facebook and Twitter, as well as you would see the difference in your online access points through The Gleaner Online, etc."

Samuda argued that Jamaica is in a much more informed space with traditional media also making some gains, which the party recognised and tapped into.

"There are radio stations I couldn't pick up in the hills of St Mary four years ago that now I could drive through the entire Gibbs Hill into Scotts Hall, where I was working, and pick up most of our radio stations, which four years ago I couldn't do. So people have obviously made investments in their broadcast capabilities as well.

Omar Newell | The emergence of ‘Trumpism’ in Jamaica