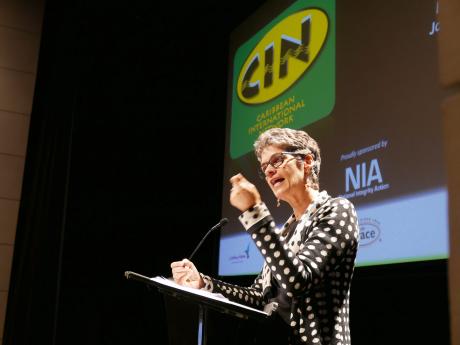 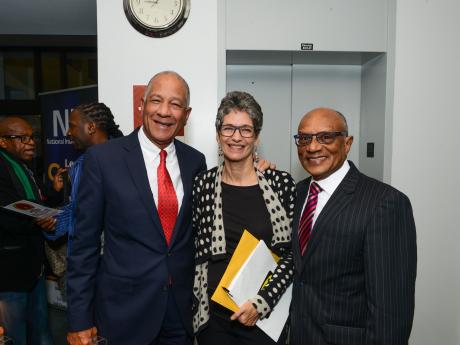 Diana McCaulay, CEO of Jamaica Environment Trust (JET), has declared climate change "a justice issue" which presents an existential threat to the Caribbean.

Addressing the theme 'The State of the Rock', she pointed to the overwhelming issues facing the Jamaican environment and the wider Caribbean - including sewage, solid waste, beach and coral reefs erosion and climate change - and stressed that the diaspora should let their voices be heard when it comes to preserving the region's natural assets.

"The time is long past to stop delaying strong action to reduce emissions by the large producers of greenhouse gases, including the United States, as well as to assist developing countries to make an energy transition to renewables and to adapt to the changes that are coming," she said.

In addressing the audience, Stephen Hill, CEO of CIN, said the lecture was a celebration of excellence and McCaulay embodied that excellence by being the voice and conscience of the environmental lobby in Jamaica.

CIN, which can be seen on Channel 73 in the five boroughs of New York, and on Channel 25 reaching the Tri-State area, continues to seek to educate and entertain by presenting activists such as McCaulay at the CIN Lecture in New York as well as broadcasting compelling Caribbean content on CIN TV.