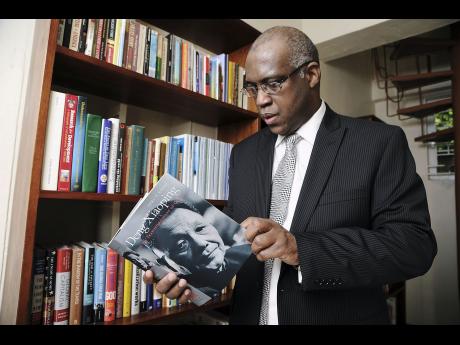 The political fraternity has not been spared the grief caused by the sudden passing of veteran journalist Ian Boyne, with many expressing shock through heartfelt tributes.

Boyne died this morning after a brief period of illness.

The media practitioner been released from hospital just over a week earlier after suffering a series of heart attacks.

Upon his release from hospital, Boyne said that it was a miracle he survived.

In expressing his grief, Reid said Boyne had served the Government and people of Jamaica well through the Jamaica Information Service, across political administrations and through his television programme Profile, in which he highlighted the successes of Jamaicans who had overcome challenges.

“We at the Ministry of Education, Youth and Information certainly benefitted from his professionalism, guidance and support for so many of our initiatives,” said Reid.

In a brief statement via his Twitter account, Prime Minister Andrew Holness described Boyne as a ‘true friend’ while promising to issue a fulsome statement in short order.

“It is with deep sadness that I acknowledge the death of veteran journalist and a true friend Ian Boyne. This is a shock to me,” Holness’ post read.

Opposition Leader Dr Peter Phillips asserted that Boyne had enriched Jamaican journalism while maintaining the highest traditions of the profession.

Phillips also hailed Boyne as a patriot, stating that he had a deep concern about the quality of life of the ordinary Jamaican people.

“He was able to, in a socially polarised and publicly divisive environment, maintain good relations with all segments of the Jamaican society, regardless of political and social status. In so doing, he was able to epitomise what it meant to be a true Jamaican,” said Phillips.

“The PNP (People's National Party), and I in particular, offer condolences to his family, his colleagues and the wider journalism fraternity,” he added.