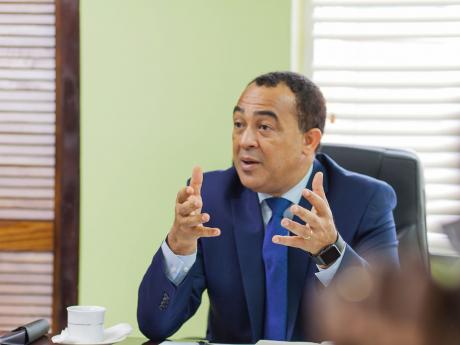 The review ordered by the Minister of Health to examine the scope of attempted termination of pregnancies across the island has been completed.

Tufton had commissioned the ministry's medical audit to undertake the audit November last year, this following a probe that revealed that more than 130 of the women who presented to the Victoria Jubilee Hospital in the first nine months of 2017 for emergency treatment, either admitted that they attempted an abortion or displayed symptoms that suggested that they did.

Dr Jacqueline Bisasor-McKenzie, Acting Chief Medical Officer, said the Ministry is in the process of reviewing the audit's findings, which she said will be discussed by the senior medical team and then made public.

Tufton added, “We had a number of discussions with a number of persons who have been involved at different levels to deal with pre and post maternal care and issues of counselling, fostering, and adoption. Those issues are all issues that are a part of how you provide adequate support to discourage, from a public health perspective, that kind of activity,”.

He also said that the motion filed by Juliet Cuthbert-Flynn, Member of Parliament for West Rural St Andrew on Tuesday in the Lower House to decriminalise abortion, is a step in the right direction as it will generate national dialogue on the issue.