Tufton: Fee increase will not impact the needy 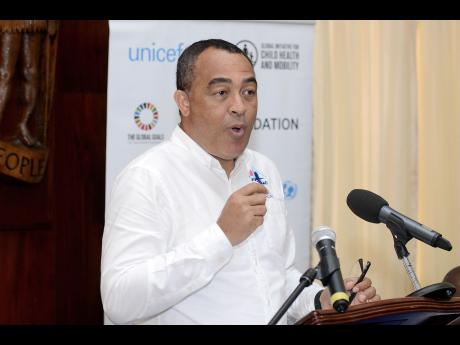 Some state-operated medical facilities have been collecting millions of dollars each month despite the Government's no-user-fee policy, and the health ministry is going after even more money starting Tuesday.

Minister of Health Dr Christopher Tufton says that although the user fee for public-health facilities was abolished in 2008, facilities like the Kingston Public Hospital have managed to collect millions monthly from patients who use their health insurance to pay for medical attention.

"All of the hospitals have been collecting a little every month and it is used back to support the hospital, and the principle is very simple, when the user fees were outdated, it also supported the position that people with insurance should contribute towards the service," Tufton told The Sunday Gleaner.

According to Dr Tufton, some tourists in particular have been paying more than the required fees, which they considered to be too low for the services rendered, and those with health insurance sometimes use their cards to pay.

The minister is hoping that people with health insurance will continue to pay despite the increase. However, he assures that persons will not be refused service if they refuse to use their health insurance.

"There is an implicit assumption that access to public-health facilities are guaranteed and, therefore, persons who come and need help will be given access," said Tufton.

"There is no disputing that, and that is the mandate and the instruction. Where, however, as it is now, persons have health insurance cards and they offer that cost upon an enquiry which the hospitals are increasingly encouraged so to do, there is a charge against the card, but that charge is limited to what is the gazetted charge now, and what we have done is increase the gazette fees," added Tufton.

The health minister lamented the fact that the country is significantly underinsured as only about 23 per cent of the population have health insurance. The majority of those insured are in the public sector.

"We are encouraging people to have insurance, and the Government announced a national health insurance scheme which is being written up by the consultants, and consultations are taking place.

"Right now, we are depending on people. Some volunteer, some don't and, in fact, I am moving now with the national health insurance (scheme) where the insurance companies will have to share that information," he noted, while pointing out that legislation will be needed to effect this.

According to Tufton, the national health insurance scheme is still at a preliminary level and it is subject to Cabinet discussion and approval.

He argued that the increase in cost will not cause any injury to the current free health service.

"In no way will it affect the general populace who are accustomed to accessing health services without any fees," said Tufton.