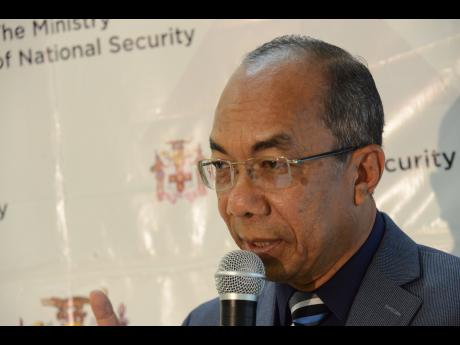 The government will be spending J$550 million to build 76 housing units in Albion, St James and to effect repairs to a road that is expected to transform the neighbouring communities of Canterbury and North Gully into viable working- class communities.

"We will be building 76 housing units on some lands behind the Albion Primary School adjoining Canterbury to take some of the population out of Canterbury so that we can, in fact, build the infrastructure in Canterbury because we cannot depopulate Canterbury," said Dr Horace Chang, the member of Parliament for North West St James.

Chang, who was speaking at a recent town hall meeting in Montego Bay, St James said the construction of the 76 units will begin later this year.

"I just feel that as representatives, we have to do something to make Canterbury a place worthwhile living, we are committed to it," said Chang. "We are going to put a road from 161/2 to 18 1/2 King Street, and then put in footpath for the houses in Canterbury."

"In addition to that, there are significant plans in the North Gully area that are being worked out with the IDB (Inter-American Development Bank)- the One Bay for All Montego Bay Sustainable Development Plan," continued Chang. "The mayor and the council are very familiar with it, and we intend to fund it so that we can redevelop North Gully and Canterbury into fine working-class communities.

"The first step is to try and get everybody who lives on the gully bank to relocate. We need to build a road, and, basically, landscape the area. After that, we move into Canterbury so that we can really transform it," stated Chang.