Official funeral for former Speaker of the House Headley Cunningham 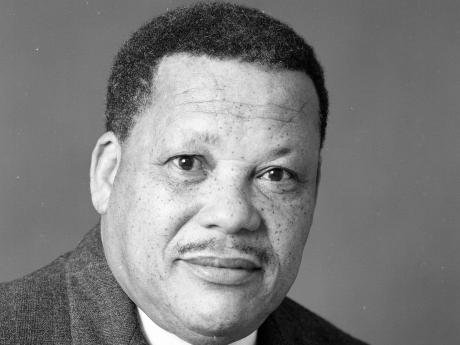 Late former Member of Parliament for North East Westmoreland and Speaker of the House of Representatives, Headley Cunningham - Contributed photo

Late former Speaker of the House of Representatives and Member of Parliament for North East Westmoreland Headley Cunningham is to be accorded an official funeral by the Government.

The service will be held on Thursday, October 25 at the Mount Carey Baptist Church in Anchovy, St James, starting at 11:00 a.m.

A condolence book has been opened in the lobby of the Houses of Parliament, downtown Kingston, from Monday, October 22 to Thursday, October 25, with signing allowed between 10:00 a.m and 4:00 p.m. Cunningham was elected Member of Parliament in 1989 and served as Speaker of the House of Representatives from 1989 to 1993.

A lawyer by profession, Cunningham began his legal career in 1967 and was appointed a member of the Privy Council of Jamaica in 1998.

In 2007, he was conferred with the Order of Jamaica for outstanding service in the field of Law.