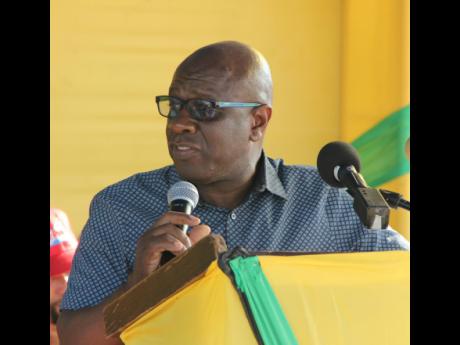 Trelawny is to receive its first set of traffic lights by the end of April.

The National Works Agency (NWA) has confirmed that the lights will be erected at the intersection of the Daniel Town main road and the North Coast Highway, leading to the Trelawny Stadium.

In an interview with The Gleaner last week, E.G. Hunter, chief executive officer of the NWA, confirmed that funds have been made available for the implementation of the lights.

“J$15 million has been approved for the installation,” said Hunter. “This (the lights) should be in place by the end of April.”

Delroy Christie, president of the Trelawny Chamber of Commerce, was pleased with the news and noted that the implementation of the traffic lights was an important step in seeking to make the roadway safer.

“We have been lobbying for this installation of traffic lights at this location over the years,” said Christie.“ Only recently, an accident at the crossing claimed two lives.”

Christie said the lights have become even more necessary in recent times because of the closure of the Rock Bridge, which was a popular alternative route leading into Falmouth.

“Residents of Rock who need to get into Falmouth face terrible risks of getting injured or losing their lives in their efforts to cross the highway in search of taxis, as taxis no longer go into their community,” he said.

The 100-year-old Rock Bridge was ordered closed two weeks ago, the authorities noting that it had become a threat to public safety.

“It is better to inconvenience people and save lives than to hear a report that a car with five people drowned in the river when the bridge collapsed,” said Falmouth’s mayor, Councillor Collen Gager, in reference to the situation now facing the residents of Rock.