Bartlett: Contract work to end in the tourism sector 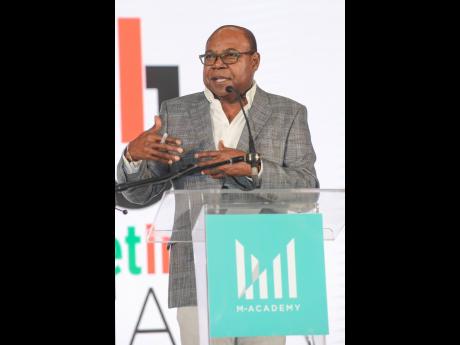 Tourism Minister Edmund Bartlett says sweeping changes are coming to bring an end to the vexed issue of seasonal and contractual work arrangements in the tourism sector, as the Government moves to professionalise the industry and provide greater protection for Jamaican workers.

The Ministry of Tourism, in partnering with the American Hotel and Lodging Institute and the American Culinary Foundation, last year, certified 650 Jamaicans to matriculate for an associate degree in hotel management over the next two years.

“Now, what that means is [there is] going to be a change in the labour-market arrangements in Jamaica, and we make the point very early as we’ve been talking to all our partners, including you, Amaterra, that the business of how the workers are classified or not will have to change,” said Bartlett, who was speaking at last week’s groundbreaking ceremony for the construction of 8,000 rooms by the Amaterra Group in Stewart Castle, Trelawny.

“And the business of shortened contractual arrangements has to give way to a more sustainable arrangement in keeping with the qualifications and the skill sets that we will be providing in the industry,” added the tourism minister.

According to Bartlett, the Government is pushing to have workers in the sector more responsive to the demand of the changing tourism landscape and the impact of technology, especially the Internet.

“We have to create that new set of workers who we are going to train to be able to respond and to become not just ‘nine-to-four’ workers, but what we call entrepreneurs – that is, workers will be able to be adaptive and to change towards the needs of the clients at a moment’s notice,” said Bartlett.

Khurt Fletcher, the island supervisor of the National Workers Union, who has been pushing for an end to contractual work arrangements for workers in the tourism sector, welcomed the news.

“Certainly, it’s a long time coming. I hope it’s a serious attempt this time to do so because what it would mean is that workers now would have a little more stability in terms of their livelihood,” Fletcher told The Gleaner on Monday.

“They will also be able to advance themselves by gaining other capital things, investment for housing that they would not have been able to achieve previously because of the instability and insecurity of their tenure,” continued Fletcher.