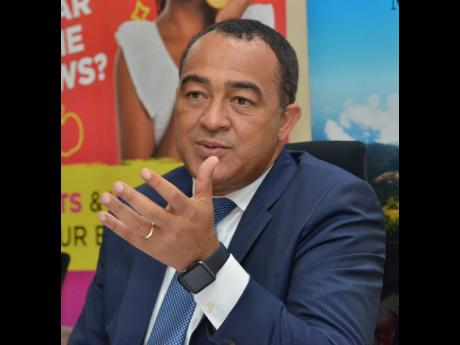 With sufficient provisions in law to safeguard mentally ill inmates from becoming ‘lost’ while behind bars, Director of Public Prosecutions (DPP) Paula Llewellyn has blamed deficiencies in the judicial system for causing age-old cases to fall off the radar.

The upshot is that more than 300 such inmates are in limbo, casualties of a perfect storm of state neglect and lack of follow-up between the courts and the Department of Correctional Services.

But the sequence of events revealed in last Wednesday’s Gleaner that left Walter Blackstock, a 61-year-old ex-cop who was granted bail last Tuesday in the Home Circuit Court, downtown Kingston, after 31 years behind bars without trial, was avoidable if agents of the court followed the law, said Jamaica’s chief prosecutor.

Blackstock was ruled unfit to plead when he was arrested in 1987 but was later deemed fit on three occasions.

“I would say in the minority of cases, you may actually have this lost-in-prison thing. What has happened is that they have fallen through the cracks because, let me put it this way, because I don’t want to lay any blame, the particular prescription outlined in the act is not being followed and the corrections institutions are not communicating,” Llewellyn said Friday in an interview with The Sunday Gleaner at her office in downtown Kingston.

Section 25 of the Criminal Justice (Administration) Act outlines how to treat with issues relating to persons who are mentally ill and deemed fit or unfit to plead.

Llewellyn said that the law provides for persons to be remanded for inordinate periods as it states that a verdict of ‘unfit to stand trial’ does not prevent a defendant from being tried subsequently if he or she becomes fit.

The defendant’s fitness is determined by monthly reports that the commissioner of corrections is mandated to submit to the court, according to Section 25D of the act.

Meanwhile, the DPP has renewed the call for the establishment of a designated facility to house mentally challenged convicts.

“There needs to be a facility which is devoted, under the aegis of the corrections department, to the people who are criminally insane so special facilities can be put in place to properly see to their rehabilitation and to their care,” Llewellyn said.

She said that Bellevue Hospital, which is the only facility islandwide that houses the mentally ill, does not have the capacity to accommodate criminally insane individuals, a point with which Health Minister Christopher Tufton agrees.

“Bellevue certainly does not have the facilities that purposefully built prisons would have. So we don’t have the security presence, the kind of perimeter controlled environment that would exist in the case of a prison. If you have particularly dangerous persons who have mental issues, they certainly would need treatment, but Bellevue would not have the facilities to contain those persons at this point in time,” Tufton said.

Speaking to The Gleaner on Friday, Tufton admitted that there is a problem administering treatment to mentally ill persons in the island’s penal system.

“From a public-health standpoint, we are not there to incarcerate; that’s not our mandate. Our mandate is to treat with public-health issues. And as it relates to mental illness, I do agree that there’s a problem in the prisons with cases of mental illness,” Tufton told The Sunday Gleaner.

“We do provide some support in terms of doctors and so forth who visit and treat with, but it’s a fairly large population, as I understand it, and the environment in the prison may be suited in terms of security, but not necessarily suitable in terms of treatment, and that does create some challenges,” he said.