The long road to holiness – Part 1 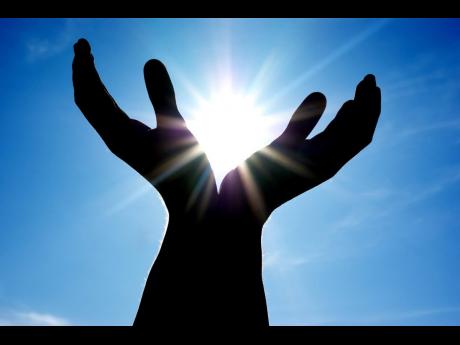 It was a long and hard road, the journey from homosexuality to holiness that Amoy Lawrence undertook a few years ago.

And though at the time, she wouldn’t admit to herself that God was calling her and working on making her an oracle for His kingdom, she now realises that the seed of her faith was planted years before.

Rolling back the curtains of memory, Lawrence told Family & Religion that unmet emotional needs, resentment for her father and a physically absent mother are three broad headings that sum up what led to her becoming a lesbian.

She said, “I don’t believe anyone is born gay. However, traumatic experiences send us on a quest for love. Unfortunately, many find this in the gay community or in same-sex relationships.”

When she was 13 years old, her mother left home to seek employment overseas to help provide for her family.

Lawrence shared that her mother was gone for a total of six years, during which time her father engaged in extramarital affairs, one resulting in a child.

“Not having my mother around during those critical teenage years, coupled with a breakdown in the relationship with my father, sent me searching for love in all the wrong places. The first place I thought I found the love I needed was at age 15 with a boy two years older than me. That resulted in a five-year-long relationship that later became unstable and emotionally abusive.

“I was attached to a love that wasn’t meant to sustain me like a father’s love or the presence of a mother. So when he decided to leave me, I hung on for dear life.

“In an effort to end the relationship and get rid of me, this boy blocked all channels of communication with me. That forced me to face myself,” she said, adding that all she saw was sadness, bitterness and loneliness.

The then 20-year-old woman became depressed and sought to fill that void with what she described as rebound sex, alcohol and parties.

Lawrence noted that she blamed men, especially when she considered what she thought was the disregard her father had for his marriage and the heartbreak from the experiences of her former relationship. She was of the view that men were the issue and that all men were the same.

“I started to notice women and toy with the idea of same-sex relationships. This story goes much deeper than what I am able to summarise here. However, the opportunity to explore my first same-sex relationship conveniently appeared, and, of course, I took it. That relationship led to many moments of ‘fooling around’ with other women.

“Later, I found who I thought was a good fit to settle down with and ventured into a two-year lesbian relationship. Little did I know, God had bigger plans for us,” she said, revealing that her former lesbian lover is now her sister in Christ and one of her closest friends/sisters – a relationship, Lawrence said, many don’t believe is possible, given their history.

Her period of transition had come, but for Lawrence, it wouldn’t come to pass without some level of resistance.

She shared, “Proverbs 22:6 says that if we train up a child in the way he should go, when he is old, he will not depart from it. I knew what the standard was because my mother laid the foundation.

“You don’t recognise God until you have an encounter with Him through His Spirit. I knew of God, attended church services and Christian camps when I was younger. Sadly, I did not value the experience because of the absence of a personal encounter with this God I heard about. Unfortunately, I never desired one, either.

“I remember being in this two-year relationship and feeling like this God I’ve never encountered had my life under a microscope. Although I knew that this lifestyle of mine was unnatural and resented by society, I thought nothing of it until this moment. God was pulling me closer to Him, but I resisted.”