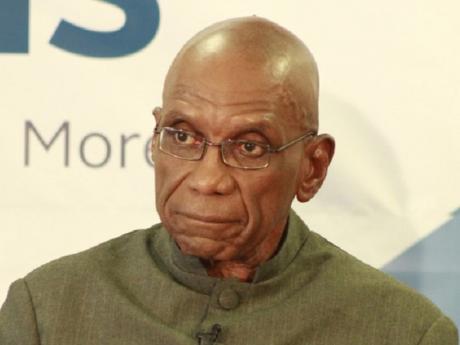 Worrell argued that Caribbean currencies served a crucial purpose when they were first introduced, but they have now become a nuisance in today’s digitised world.

Writing in the July edition of his “Monthly Economic Newsletters,” the economist said that the one question which always surfaces in response to his call to retire all Caribbean currencies is about national sovereignty.

“With domestic currency, you can buy only local goods and services; with US dollars you can purchase from anywhere in the world, wherever you can get the best value for your money,” Worrell wrote.

He said even China, the world’s second largest economy, with 15 per cent of global gross domestic product (GDP) to the US’s 24 per cent, accepts payments in US dollars.

“A Jamaican travelling to Haiti, a Guyanese to Suriname, a Dominican to Guadeloupe, a Trinidadian to Barbados, all take US dollars with them. All hotel rates and oil and commodity prices are quoted in US dollars.

“Ironically, having a domestic currency in today’s digital world may make a country more susceptible to US sanctions than a fully dollarised country would be,” he said, arguing that Washington’s sanctions against Cuba and Iran “are effective because Cubans and Iranians earn in a local currency whose value continues to fall because the country’s access to US dollars is limited.

“The US reaps tremendous benefit from the fact that its currency is in universal use. Countries which have their own currencies all maintain a reserve of foreign exchange at their central banks with which to protect the value of domestic money. Those reserves are mostly held in US treasury securities and constitute a loan to the US Government.

“However, a country like Panama which has no currency of its own does not have that problem,” he noted.

“The bottom line is that rather than impairing national sovereignty, replacing the domestic currency empowers the country and its citizens by giving access to the world’s goods and services, to the full extent of their incomes. Moreover, the country has no need to offer credit to the world’s wealthiest nation, in order to maintain the value of domestic financial assets.”