Growth & Jobs | From the market to university 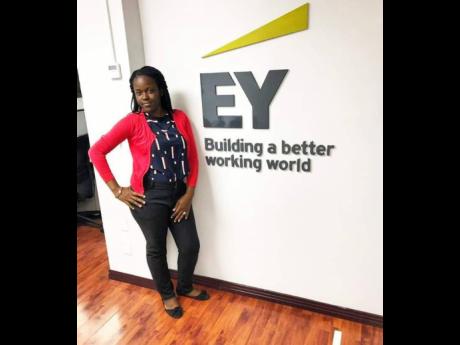 Twenty-four-year-old Noveter Nesbeth is defying the odds and standing tall as an inspiration in her community.

The resident of Paisley Avenue in Clarendon will, in a few months, complete her bachelor of science degree in accounting.

Nesbeth, the mother of one child, spent most of her days in the May Pen Market as a vendor.

She told The Gleaner that she served as an assistant to her parents in the market at a tender age and she started vending duties on her own in her teen years. “I started going on my own when I started seeing it as a necessity to me attending school regularly and a great way to help my parents,” said Nesbeth.

She noted that though funds were not readily available, she attended school regularly. “I went to school every day, but some mornings when I went to my dad [in the market,] he had to borrow from a fellow vendor to give me because he had not sold enough or he just paid a bill, but he never allowed us to miss a day because of money.” She added that her parents also had challenges funding her sitting of the Caribbean Secondary Education Certificate examinations.

“ I was doing seven SBAs, so printing was costly, but my parents helped as much as they could,” Nesbeth told The Gleaner.

The Glenmuir High School past student noted her reluctance in applying to universities, given the number of unemployed university graduates known to her. Nesbeth said her application to The University of the West Indies came through a friend who had gone on to apply on her behalf. “She really believed I was ready for another chapter in my life.”

The future accountant was selected by the university to work over a four-month period for EY Accounting Firm in Trinidad for two consecutive years.

Nesbeth said: “The only ‘constant’ in life is change. Initially, I was embarrassed about being the child of vendors, but I realised that was something I couldn’t change. What I could change is not making my child feel the same way.” She noted her emotional distress following news of her father being diagnosed with cancer and the brutal murder of her daughter’s father. She said, “Through it all , I am still here trying my best.”