Bunkers Hill goes back to roots 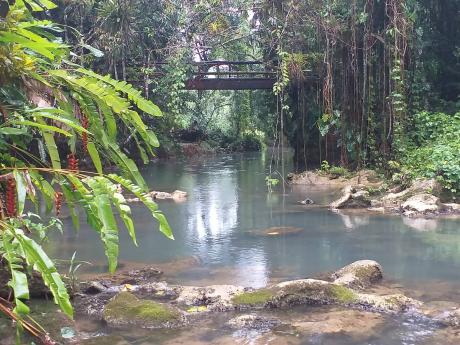 Contributed
A picturesque view of the cool waters of the The Tangle River flowing under a bridge constructed by the property managers, which leads to a cave once occupied by Captain Kudjo and the Maroons. 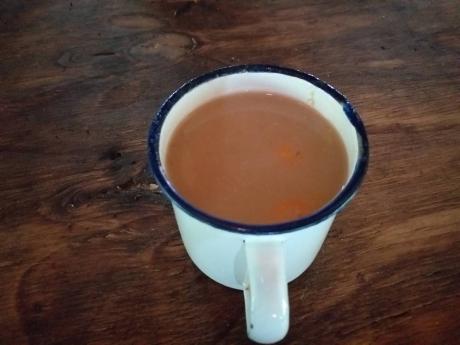 Contributed
Authentic Jamaican food served traditionally from enamel ware, is part of the experience one will receive in Bunker’s Hill. 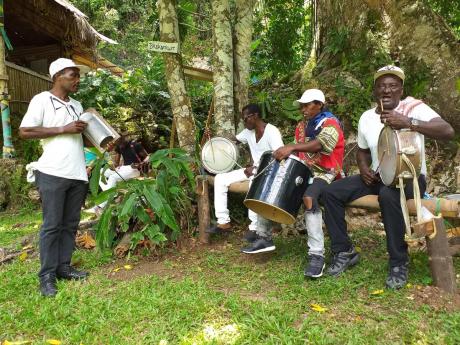 Contributed
A gerreh band from Westmoreland performs during the Emancipation Day celebrations. Gerreh is another of the country’s indigenous musical form. 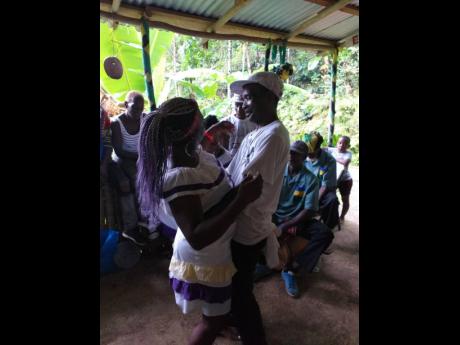 Contributed
Donna Grizzle, and her dancing partner perform the tambu, an indigenous musical form which originates from her community, Congo Town, in the Trelawny region of the Cockpit Country.
1
2
3
4

Back to roots is the journey you’ll take when in Bunkers Hill, Trelawny. And on a day such as Emancipation Day, this community immerses itself even deeper into its cultural practices that not many Jamaicans know about, or have experienced, as they throw-back to a time of slavery through dance and song.

It’s the kind of knowledge and understanding the Bunkers Hill Cultural Xperience and River Tours aims to reconnect the wider community of Bunkers Hill with, especially at this time of year. They make a special effort to include Jamaicans from all walks of life, and tourists from around the world, in order to preserve and expose more people to a not so well-known part of Jamaican heritage, concealed in the belly of the Cockpit Country.

Tambu, which has its roots in nearby Congo Town, is a must experience for visitors, especially on Emancipation Day. Gyrating waist lines of both women and men, showcase the inescapable African retentions, as they intimately perform seductive movements, while melodiously singing indigenous songs that mesmerise onlookers of all ages.

“Tambu is a traditional folk dance and it come from Congo Town,” Donna Grizzle explained.

“The drum represents the old Maroon,” her older sister, Sharon Ellis, who is also one of the performers, chimes in. “The drum is what them used to use to talk in a long-time slavery days. Every sound that it make is talk them a talk to the old Maroon them.”

The dance and music are comprised of different sequences, Donna continued. There is Mabumba, which involves a shaking movement, and Shay Shay involves a call and response sequence that goes along with the movements.

“My grandfather was in it. Him name Codner,” Donna explained her own immersion into the tradition. “Fi her mother (pointing to Sharon), the whole of them were in Congo Town a play tambu, so them start have them thing in a Congo Town, so from me a lilly pickney me a dance. Me a dance from me a 10,” the mother of two boys said.

“Me nuh learn from the original tambu player, me learn from one a him second that him did have, because him dead when me was a likkle yute. But right now it come in like a me one can play,” he said with concern.

The Congo Town tambu group, tries to sustain their practice by visiting and performing in nearby schools, such as Muschette High School, and performing at events.

“Some of them get big and forget it, but it not going dead out so easily,” McPharline expressed, more optimistically about the continuity of the art form.

However, Donna and Sharon have taken efforts a bit further, approaching attractions and hotels to have them include tambu performances in their entertainment package to visitors. They are also seeking management for the group, to maintain its longevity.

“This used to be we job one time, but we need management,” Sharon said. “The only place we never dance tambu is Port Antonio, but all the rest you can think of we dance tambu. So we want some serious management to make sure the thing going.”

A sanctuary for indigenous history and culture

It was concerns like this, which played a part in the model Clover and O’Brian Gordon chose to establish Bunkers Hill Cultural Xperience and River Tours. One of several social enterprises nurtured by the JN Foundation and the United States Agency for International Development under the now concluded Social Enterprise Boost Initiative, the business is about creating a sanctuary, of some sort, to preserve the community’s unique cultural practices and history, while at the same time using those characteristics to generate income and promote development.

Before they introduced the facility, which boasts caves once occupied by Captain Cudjoe and the Maroons, as well as the Tainos, knowledge about the historical treasures Bunkers Hill and its adjoining Cockpit Country communities have safeguarded for decades, was sparse, even among residents. And Emancipation Day, for example, was never seen as an opportunity to showcase their indigenous practices, before the Gordon’s began hosting their annual affair.

“They (residents) didn’t do anything. May be they would go to Falmouth or they stay home,” Clover Gordon explained. “But since we have been here, they come out every year and celebrate with us.”

Beyond tambu, patrons to Bunkers Hill will experience traditional Jamaican cuisine, with ingredients provided only from the community, that include jerk pork and chicken; coconut rundown, mannish water, blue draws and cornmeal pudding cooked over wood fire, among other authentic Jamaican dishes, which are served only from a calabash or enamel ware.