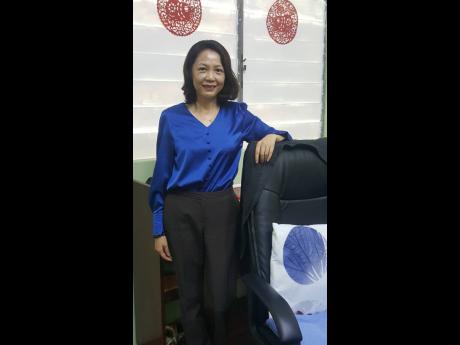 Despite racking up millions of dollars in operational losses since taking ownership of Bernard Lodge, Frome and Monymusk Sugar Estates in 2009, Pan Caribbean Sugar Company (PCSC) says there is no immediate plan to shutter operations in Jamaica.

In fact, Liu Chaoyu, the chief executive officer (CEO) and operations manager, is mooting diversification as the means by which the company can achieve sustainability, but she is demanding greater support from the Government to combat the challenges being faced in the sector.

“Our top-level management are contemplating our future, but we spent millions of dollars on this project and would not like to give up easily, but you must also appreciate that companies are based on profit and capital and survival of the fittest,” Chaoyu said during an interview at her Frome Estate office last week. “So we are also contemplating multiple ways to survive here, we will not give up easily.

“However, It is impossible for our shareholders to see our company in (the) red for such a long time, they want higher profit, more money, but if we continue with sugar only, then we will have no future, so we are considering the diversified way,” she continued. “… but we would also like the Government to be clear on their intentions for the industry.”

“Have they given up on the sector, or are they in support of the industry? If they have no interest then we will close our doors.”

The Chinese firm became Jamaica’s largest sugar producer after acquiring the state-run facilities in a divestment deal which earned the Government US$9 million. The company then invested more than US$260 million to renovate the factories and fields, but endured a rather turbulent relationship with other sector players, mainly due to differences in culture, labour and business practices.

By December 2015, the company was over $7.3-billion in the red, mainly due to a $5.5-billion impairment loss at Monymusk, forcing PCSC to eventually return the Clarendon-based facility to the Government to focus on maximising returns at Frome in Westmoreland.

Frome, once the largest sugar factory in the region, is now down to a 60,000-tonne capacity after a US$100-million refurbishing exercise in 2015, but the day-to-day operations has been plagued by a myriad of challenges, including illicit cane fires and a drastic reduction in cane cutters during harvesting, but is among only three factories set to start the 2019-2020 crop year in December, after Golden Grove’s closure last month.

Local stakeholders have publicly criticised PCSC, especially after Frome’s failures to maximise its capacity, but Liu Chaoyu is adamant that it is not only a Pan Caribbean problem.

“It is a big challenge for sugar producers, not only in Jamaica, but also globally – a very tough time,” she continued. “We would like this project to prosper, but the sugar industry environment has changed, we are in a very bad cycle.

“We are struggling because the black market is so bad here in Jamaica, it is affecting every sugar producer and the Government must do a better job to combat this situation,” the PCSC boss added. “The trafficking of sugar is having a bad impact on the market, but I am hoping that all three factories – ourselves, Appleton Estate and Worthy Park – will combine our resources to combat the situation, but the Government must play its part.”