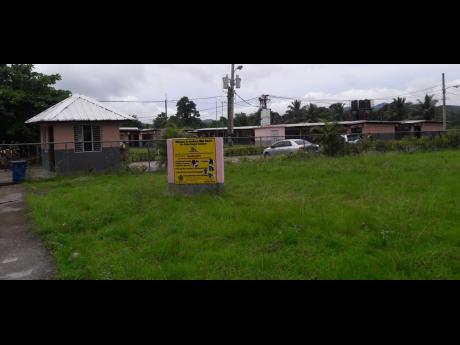 Five years after the shift system was abolished, administrators at the Anchovy High School in St James are still struggling for adequate classroom space to accommodate the more than 2,000 students at its two campuses.

According to board chairman Calvin Brown, the school administration is still awaiting the eight additional classrooms promised by the government five years ago. He is also appealing to the Ministry of Education, Youth and Information to revisit the protocols for how schools are funded as the current budget for Anchovy High is insufficient for two campuses.

“Five years ago, when we opened the Dr Fidel Castro Campus in Montpelier, we were promised additional space. But [up to] today we don’t get one more,” Brown said.

“We need additional classrooms and laboratories, and we have been trying to get the ministry to understand that it is critical, but all we are getting are promises.”

With more than 400 Primary Exit Profile (PEP) students being added to its books each year, Anchovy High is also in need of more teachers to satisfy demand.

However, Dr Michelle Pinnock, regional director for the education ministry, while unable to provide a timeline, said the expansion plans for Anchovy High are still on the cards.

“That [additional classrooms] is still on the books and we certainly will not leave that unaddressed,” Pinnock told The Sunday Gleaner during a function in Westmoreland on October 4.

“On the first of October, our new principal [Lavern Stewart] started her tenure … and so the school improvement plan and all of that – we will work with the principal and the board as it relates to the expansion.”

She added: “We want to ensure that we have the proper labs at both facilities, based on their abilities, so we are working on those with the technical and vocational teams as we speak.”

Pinnock said the ministry was aware of the challenges not having the labs, but was on track “in terms of trying to make sure that we build out with quality being our hallmark”.

TIME IS NOT A LUXURY

But time is not a luxury that Anchovy High can afford and, even though the ministry is moving away from the mandatory contribution from parents, Brown argued that there is still a great need for such support to the children’s school.

“My problem is that, at Anchovy, they are running two [campuses] on a one-school budget. Yes, the ministry provides $17,000 per student, but we really need $60,000 per student to operate a high school effectively,” the board chair continued.

“So that is why we need the parents’ contribution, along with those from the past students association, in order to take us over the hill.”

In response, Pinnock pointed out that Anchovy High is being used as a model within the region with the hope of replicating best practices in helping to remove all other schools from the double-shift system. She, however, dismissed the suggestion that the funding from the ministry is inadequate.

“They (Anchovy High) are still one school and, remember now, when we do funding we don’t talk about a school, we talk about enrolment and, so, as it is right now we are funding them according to the enrolment,” Pinnock said.

“Here in western Jamaica, [Anchovy High] is a model that we certainly would want to make sure that we have the quality, and so we are still in discussion about how do we make sure that both campuses are able to facilitate the business of learning.”

The Dr Fidel Castro campus was opened in 2015 by then Prime Minister Portia Simpson Miller to accommodate approximately 900 students from grades seven and eight, ending 41 years of shift system at the educational institution.