Focus not on ‘prosperity gospel’ 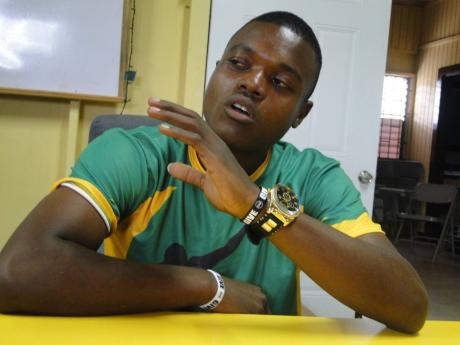 Two students, Javaughn Taylor and Romaro Cross, at Midland Bible Institute, located at Curatoe Hill in Clarendon, are concerned that too many church leaders are now more caught up in the preaching of the ‘prosperity gospel’ than with the Gospel of Jesus Christ.

“We are zealous about the biblical standard and expectations of the Church of Christ,” they told Family and Religion recently. “Prosperity gospel is the error, preached by some of our early church leaders, that success, wealth, and fortune are ultimately God’s will for the saints,” they are contending.

They mentioned Mark 10:25, which says, “It is easier for a camel to go through the eye of a needle than for a rich man to enter the kingdom of God.”

“Therefore,” they are asking,“Why do prosperity preachers stress the necessity of being wealthy? Preachers should know that Christianity is not entirely about receiving and is built on giving.” They pulled John 3:16 to strengthen their argument. “For God so loved the world that He gave, not received,” they said.

They said that pastors from various denominational backgrounds whose churches are located in challenged communities know the needs of the people and are therefore using that knowledge to focus on being prosperous over the Gospel. They are “diluting it in such a way that the true good news of Jesus Christ is being pushed aside”.

For this they quoted 2 Timothy 4:3-4, which says, “For the time will come when people will not put up with sound doctrine. Instead, to suit their own desires, they will gather around them a great number of teachers to say what their itching ears want to hear. They will turn their ears away from the truth and turn aside to myths.”

In referencing the anonymous young, rich ruler whose dialogue with Jesus is recorded in the Synoptics (St Mark 10, St Luke 18, and St Matthew 19), they are telling prosperity preachers that “God’s undiluted biblical truth is a necessity in our churches”.

They are saying that Jesus would have rebuked the prosperity preacher, as he had rebuked the young ruler, and that he would then recommend to those pastors that they tell their members that the things of this world are temporary, “but true and permanent treasures are stored in Heaven”. Isaiah 4:8 was referenced: “The grass withers and the flowers fade, but the word of our God stands forever.”

The young pastors-in-training are, therefore, declaring two “fundamental” truths. One is that instead of sitting and allowing themselves to be served by their members, church leaders should “serve the sheep with the infinite love of Christ”. The other is that they should not be entirely consumed by the love of “wealth and riches”, but by taking up “the cross and following Jesus”.

They quoted 1 Corinthians 1:18: “For the message of the cross is foolishness to those who are perishing, but to us who are being saved, it is the power of God.”

In essence, they are saying that church leaders “need to get back to the heart of worship”. This general call, they are saying, was given to everybody on Earth. It means turning away from sin and turning towards God and “His plan for our lives”.

This is the “fundamental prerequisite for the performance of Christianity”, they are claiming. “God loves … hence all we have to do is to believe and receive everlasting life,” is the message they are conveying through John 3:16, which says, “Be ye not conformed to this world, but be he transformed by the renewing of your mind.”