WMC headquarters to be named the Bertel Moore Building 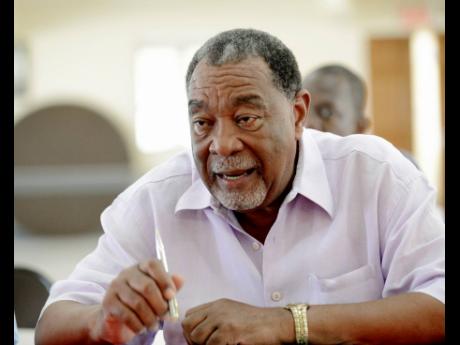 The Westmoreland Municipal Corporation (WMC) last Thursday unanimously passed a resolution to name its new headquarters on Great George’s Street, Savanna-la-Mar, in honour of the town’s mayor, Councillor Bertel Moore, who was instrumental in getting the building constructed.

“Be it resolved that the members of the Westmoreland Municipal Corporation hereby name the newly constructed administrative building in honour of Bertel Moore,” said Councillor Ian Myles of the Little London division, in moving the motion, which was seconded by Deputy Mayor Danree Delancey, the councillor of the Bethel Town division.

Myles pointed out that Moore had served the parish of Westmoreland as a councillor for the last 27 years with distinction.

He said that Moore had done much to improve the aesthetics of the capital and, by extension, the wider parish of Westmoreland.

Subsequent to the passage of the resolution, Moore told The Gleaner that he was somewhat surprised, but equally delighted, by the decision taken by his colleagues. He said it was clear that they were impressed with his leadership and the hard work he has done for the people of Westmoreland.

“I am honoured that my colleagues from both political parties have unanimously seen the need to recognise my services to the people of the town of Savanna-la-Mar and the wider parish of Westmoreland by naming this municipal building after me,” said Moore.

The resolution also called on the corporation to arrange a naming ceremony for the building, which will be known as the Bertel Moore Building.