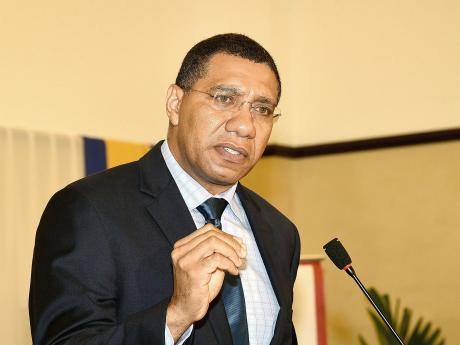 Prime Minister Andrew Holness says members of the religious community will not benefit from any special favours if they breach The Disaster Risk Management Act.

The government has enforced the Act since March to manage the spread of COVID-19 in the country.

"Those who breach the rules will be actively prosecuted. There will be no special favour or special preference because it was a church person [who] breached the rules," Holness told members of the Lucea Seventh-day Adventist Church in Hanover this morning.

"I am certain that the security forces are doing their investigations to bring this matter up for prosecution, " Holness said.

"I don't want the society to be blaming the church, we will continue to work with the churches, but we will be putting in regulations to ensure that the is no more spread," the prime minister said.

Holness said the government has a right to prosecute members of the church if they breach the rules.

"The scripture is clear, even the church must follow the rules and their is nothing wrong for the government to enforce the rules even on the church," he said.

"It's a very difficult thing for the government to try and regulate and I will tell you upfront that I am very reluctant to place regulations on the church, because I believe that the church has the ability and the moral duty to regulate themselves," Holness added.

Holness told the congregation that these are difficult times.


"Brothers and sisters I think we are in a difficult time. We cannot allow this virus, this disease, to get the better of us because we are not prepared to follow the rules set by the authorities."

Holness added that obeying the rules is the only way for Jamaicans to live without being shut inside their homes.

"If you keep following the rules, we will continue to enjoy the benefits of going to the market, supermarket and even to fellowship with each other in church," said Holness.

Meanwhile, Holness acknowledged that if the latest spike in COVID-19 cases were linked to the business processes outsourcing (BPO) industry or a company, the government's response would be different.

On Friday, the government placed a ban on public gatherings for conventions and crusades for the next 14 days, as part of measures to further control the spread of COVID-19. The government's action followed the emergence of nearly 30 new cases linked to a church convention in Clarendon. The community of Sandy Bay in Clarendon was quarantined as a result.

The community of Church Corner in St. Thomas is also being quarantined.