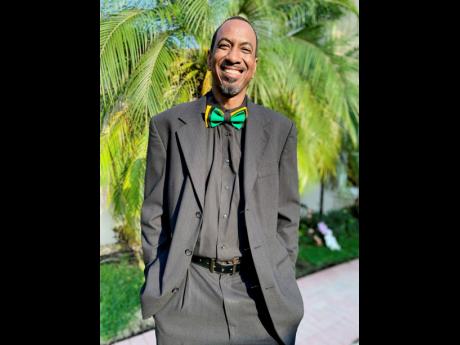 With several websites dedicated to connecting Jamaicans across the world, one entrepreneur has been aiming to stand out. Jamaica-born Xavier Murphy, who lives in Miramar, South Florida created the jamaicans.com website in 1995 as a pioneering effort to make the diaspora link that much easier.

To celebrate the site’s 20th anniversary in 2015, the City of Miramar declared a jamaicans.com month. He sees his work as an opportunity for Jamaicans to tell their own stories.

Lynda Edwards and George Graham, two Jamaica-born writers a generation apart, caught up with Murphy, who lives in Miramar, Florida, with his wife, Karen, and their three daughters, to discuss the journey since and find out what’s next.

GEORGE: Xavier, we’ve known each other for many years and I’ve watched your website and other platforms grow. I’ve also seen several similar sites appear. You said in a recent podcast interview with Calibe Thompson (on Island Origins) that you don’t view these sites as competitors but as allies. Would you like to expand on that concept?

XAVIER: George, great to talk to you. Thank you for including me in this feature. Now, to your question, I think there is enough of a market in the Jamaican/Caribbean community. We can’t tell every story. The more outlets that tell our stories, the more we grow in strength and influence.

GEORGE: In 1992, while studying at Miami-Dade College, you started a monthly printed newsletter called ‘Nuff Respect’. The magazine evolved into your website. Do you still see a future for printed publications?

XAVIER: I do see a future for print publications. The information saturation online may be overwhelming at times, and print can bring focus. In a world of ‘fake news’, print also brings a sense of trust. Not all print will survive, but publishers that are able to adjust using technology and studying the way people now consume content will. The packaging is going to be important moving forward, as attention spans have changed. Would I go back to the print platform? I would consider it if the right opportunity arises.

LYNDA: You pay a lot of attention to Jamaican books. What kind of future do you see for Caribbean authors?

XAVIER: Jamaican/Caribbean books are very important. As I had mentioned earlier, telling our story is important. I see a bright future for Caribbean authors. As technology improves, it is easier to publish a book today. Today’s authors are no longer limited.

GEORGE: How do you believe Caribbean authors could develop a wider audience?

XAVIER: I am not an expert, but I believe it is not enough to just write a book and expect it to reach a wide audience. It is easier to publish a book today, so there are plenty of books out there. Caribbean authors must diversify and use multiple platforms to reach a wider audience – video, podcasts, social media, and even the traditional press release.

LYNDA: Do you think Caribbean fiction writers would benefit from a publisher dedicated to their work? Currently, Ian Randle Publishers, The University of the West Indies Press and other Jamaican book publishers concentrate on non-fiction projects.

XAVIER: Yes. There are so many great Caribbean fictional books out there that need the backing of publishers to take them to another level, and maybe future movies.

GEORGE: Any plans to write a book yourself? What would it be about?

XAVIER: I have toyed with the idea and may revisit it in the future. It will probably be a fictional story with a Jamaican character who tells the story about the diaspora that people can relate to by seeing themselves.

LYNDA: Your site has expanded on social media and you have added new features like podcasting. Is this the way publishing will evolve – on a multimedia platform?

XAVIER: Yes. A recent Pew Research study found 72 per cent of Americans use some type of social media. Some studies show 80 per cent of all generations use social media daily. It is an important tool for publishing as you meet people where they are. We have been doing podcasting for over eight years and we were an early adapter of modern social media. In fact, we were involved in virtual communities before it became known as ‘social media’ as we had one of the most active online bulletin boards/forums for Jamaicans worldwide with over 28,000 members. We established our forums in 1997.

GEORGE: How long have you been in America? What prompted you to emigrate?

XAVIER: I’ve lived in America for 35 years. I came to go to college.

LYNDA: You have become a community leader in South Florida. How difficult was it to adjust to your new homeland?

XAVIER: The adjustment to South Florida was not very difficult because of the large Jamaican community here. Many Jamaicans, including myself, call South Florida ‘Kingston 21’. All the foods you get in Jamaica, you can get in ‘Kingston 21’, either in the grocery store or from someone’s backyard. There are Jamaican cultural events and concerts. I am not saying it is the same as Jamaica, as Jamaican food tastes better, the beaches are nicer, and Florida doesn’t have the beautiful lush mountains. However, the access to similar things and the many Jamaicans that live here make adjusting easier.

GEORGE: You are founding member and current president of the Jamaica College (JC) Old Boys’ Association of Florida. Have you met a lot of JC old boys in America?

XAVIER: Yes. We have annual events for the JCOBAFL chapter, with an attendance close to 700 people. This includes the families of JC old boys. We are vibrant alumni and try to do our best to give back to the school that made us men. We are currently doing a fundraising drive for US$24,000 to help the school during COVID-19.

LYNDA: Do you see Jamaica forging closer ties with America in the future? And with the rest of the Caribbean?

XAVIER: I think the countries will always have close ties because of proximity and also because of the descendants of Jamaicans who are in leadership in the USA in all aspects of life, from politics to entertainment to business.

GEORGE: You have three daughters. One recently got married, another is attending university, and the third daughter is in high school. What kind of America will they find as they take their place in society?

XAVIER: I hope they find a better America where people find more things to unite than divide.

LYNDA: Do you visit Jamaica still? When was the last time you visited?

XAVIER: I used to visit two to three times annually. I was in Jamaica in January and had a great time.

GEORGE: What observations do you have concerning the way Jamaica has changed over the years?

XAVIER: Thank you both for continuing to write stories about Jamaica and the Caribbean. As Jamaican and Caribbean people, we must tell our stories or someone else will tell it from their perspective. I end with my favourite African proverb, “Until the lion tells his side of the story, the tale of the hunt will always glorify the hunter.”