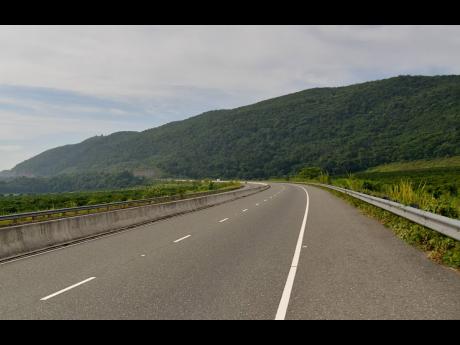 A section of the Ocho Rios Bypass in St Ann

A senior citizen cannot understand why it took the government more than 20 years to compensate him for his land which was purchased to construct a section of the Ocho Rios Bypass in St Ann.

“I just kept getting the runaround from government departments for a mere $6 million, although I had lawyers representing me in the matter,” Conrad Paul Chong told The Sunday Gleaner last week.

“I almost gave up hope until last year I saw a news report of a case similar to mine which was done by attorney-at-law Hugh Wildman and I contacted him.”

Wildman then filed a constitutional motion on behalf of Chong in the Supreme Court, naming the National Works Agency (NWA), the minister of finance and the public service and the attorney general as defendants.

Chong, who is in his 80s, shared that he was happy to be alive to see the end of “this very stressful matter”, and is also grateful to Wildman for taking a keen interest in his case.

“This is another case of the State violating the constitutional rights of the people,” Wildman said.

One of the first steps taken was to have the property valued at the current market price, which was now $18 million, then file a constitutional motion because that was the only prompt way for Chong to get redress, Wildman outlined.

Chong said when the land was acquired by the NWA in 1996, it was in exchange for another parcel of land. After making repeated enquiries about the exchange, he was subsequently told that a government minister was interested in the land so he could not get it.

He was advised by an agent of the NWA to have the land valued so he could be paid for it. The land was valued in 2002 for $6 million and Chong said since then he and his then attorneys have exhausted all possible avenues to get the defendants to compensate him. Chong said in his affidavit that he was forced to seek the intervention of the court.

Wildman disclosed that the case was settled last month by the Attorney General’s Department, but he cautioned that delays by the State and the justice system in disposing of matters expeditiously can ruin people’s lives.