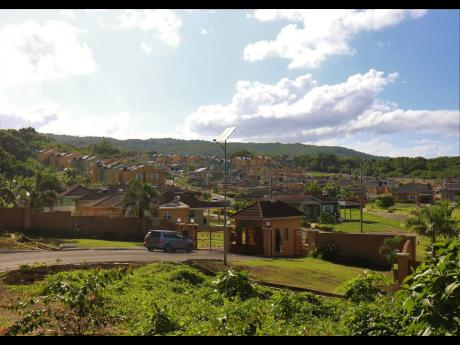 Ashley Anguin/Photographer
The Vistas at Runaway Bay in St Ann. 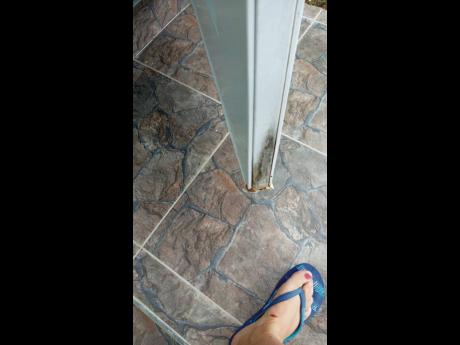 A section of a door in a Vistas house that is rotting away. 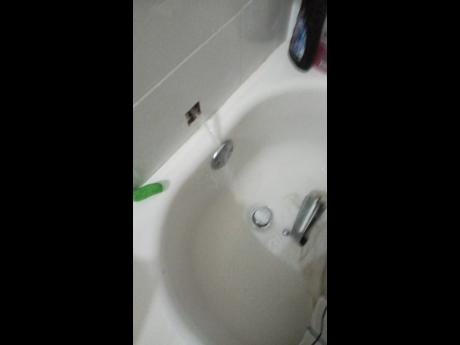 The bathroom faucets that have already started to come off seven weeks after a resident moved into her three-bedroom house in The Vistas. 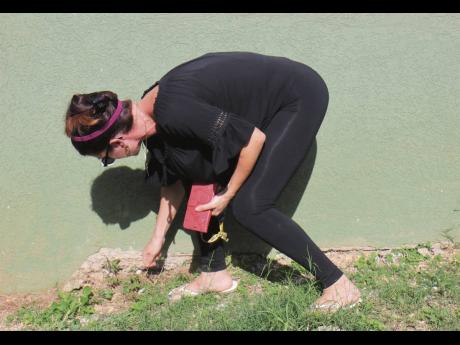 Ashley Anguin/Photographer
Sarah Tapper shows an unfinished area of her home in Savannah at The Vistas at Runaway Bay in St Ann.
1
2
3
4

Despite a flood of complaints about the substandard condition of houses built by the Housing Agency of Jamaica (HAJ), board chairman Norman Brown is confident that the state-run entity can become a model of efficiency under his watch and has given the commitment that all the issues being experienced by residents of The Vistas at Runaway Bay in St Ann will be resolved.

The complaints from the St Ann residents come on the heels of a public outcry from residents of another HAJ project in Green Pond, St James, about multiple defects in most of the 85 homes at that development.

“They gave us six months to report any defects, but until now they have not done anything about my issues,” said Robb*, who purchased his two-bedroom house two years ago.

“There are huge cracks on the wall of my house, and I had to spend $180,000 to repair problems on my roof, but from you are given the key it is hard for you to contact them (HAJ).”

According to Robb, water leaked through his walls when the National Water Commission connected his property to their system.

“It took me a month to use my bathroom, because my mixer was not working, but when I spoke out, I was seen as a troublemaker,” he stated. “I am not the only homeowner who has had these problems, but not many will speak.”

However, Brown said he and his managing director, Gary Howell, are eager to resolve the issues affecting the homeowners and will be meeting with them on Sunday, January 17.

“Although we are a public body, it is our duty to serve our customers, it is our job to address the issues,” Brown told The Sunday Gleaner. “Whatever is needed to sort this out will be done, but we are not running away from this.”

He continued, “We have given a commitment to the prime minister and our housing minister that we are committed to establishing a culture of efficiency and after we received the complaints, we had a meeting and apologised to the homeowners and set about fixing the issues.

“We have a meeting scheduled for January 17 and the minister (Pearnel Charles Jr) will be in attendance, and any issues that were not officially reported to us will be dealt with.”

The Vistas at Runaway Bay (Savannah Cluster) development got under way in 2014 with the construction of 95 town house duplexes and detached bungalows under the Jamaica Economical Housing Project (JEHP), which was funded by the China Ex-Im Bank. The Chinese firm Complant was the contractor, but it subcontracted the project to Jamaican firm Elegant Homes.

“We inherited these issues when we assumed office in 2016,” the HAJ board chairman noted. “The Savannah project started in 2013-2014 and when we came into office the homes were 90 per cent complete, but the development had stopped when we took over.”

He added, “When we visited, everything had shut down and one of the first things we had to do was an overall assessment of all the projects being managed by HAJ, because things were in shambles. A lot of the projects that we went there and saw, the quality of the construction and the whole thing was just horrendous.

“There was no supervision; it was pure hustling going on at the agency at the time, and we had to set about putting certain things right. So we thought it was best that we finish the homes and bring them to market, and they were all sold.”

Brown said, “We are confident that the HAJ can be a profit-making, publicly owned operation, and that is our mandate, so all the issues will be addressed because we want our homeowners to be happy.”

In a report tabled in the House of Representatives on Monday, November 9, 2015, Auditor General Pamela Monroe Ellis stated that the Government did not receive value for money in an almost $9-billion project implemented by HAJ.

In an activity-based audit, Monroe Ellis charged that the HAJ did not engage the principles of good governance in its implementation of the project, which included engaging in a contractual agreement without conducting a feasibility study or without the benefit of design works, which resulted in the project being scaled down significantly, but with the same contract value.

The Vista at Runaway Bay and Mount Edgecombe in St Ann, as well as Luana Gardens in St Elizabeth, were the projects affected by what was deemed poor governance and project management practices in Monroe Ellis’ report, and this subsequently resulted in nearly $900 million in losses for the 2015-2016 financial year.