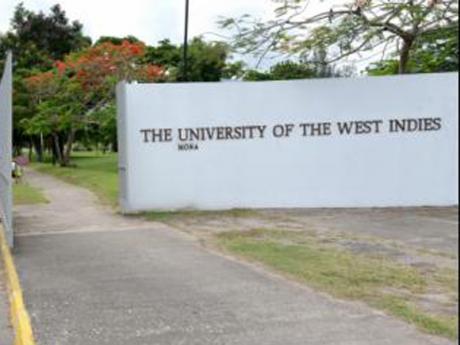 The UWI says it intends to cut costs by implementing cross-campus teaching, whereby courses can be taught to students online, by an educator based at any campus. He said the university would pay out less in salaries and students would have a richer UWI experience.

The University of the West Indies (UWI) has laid out a 10-point plan to boost revenue for the sustainability of the regional institution.

In a media conference on the university’s financial future, Vice-Chancellor Professor Sir Hilary Beckles outlined that UWI’s reputation is its primary asset and that the plan has both measures of expenditure reduction as well as revenue generation.

“Each time you reduce expenditure, that can be added to the savings, but critically, we realise that we cannot cut this university into the future. The only way we can move into the future with a new financial model and financial sustainability, is to drive revenue,” Beckles reasoned.

High on the list is to roll out a global network to transition its Open Campus to a Global Campus, which has 10,000 students from 80 countries enrolled at present.

The UWI established the Open Campus 10 years ago with the objective of tapping students across the entire region and beyond, through remote access to academic content.

“We imagine this could be generating 20 to 30 percent, if not more of UWI’s financial years ahead, if we do this and we do it well. There’s no reason why we cannot have 100,000 or 200,000 students around the world,” the vice-chancellor asserted.

The university has partnered with various tertiary institutions - UWI-University of Havana, to facilitate Spanish education, UWI-China Institute in Suzhou, China for software engineering and UWI-State University of New York (SUNY), where a joint master’s degree has been recently approved.

Beckles emphasised that in these instances, it is no cost to the UWI, as the institution is being welcomed by other universities.

Targeting countries in South America, the UWI will be training some 4,000 civil servants in Guyana, which is expected to be a “major revenue stream”.

The UWI says it intends to cut costs by implementing cross-campus teaching, whereby courses can be taught to students online, by an educator based at any campus. He said the university would pay out less in salaries and students would have a richer UWI experience.

3. From Open to Global Campus

4. The Southern Strategy:Guyana, Suriname and Colombia

5. The Northern Strategy:State University of New York (SUNY) and Brock

8. Taking The UWI to the private capital market