Stacey A. Palmer dissects ‘The Chronicles of a Woman’ 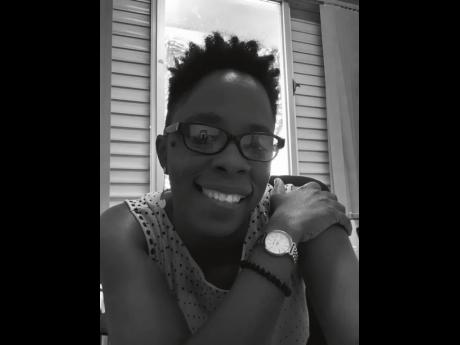 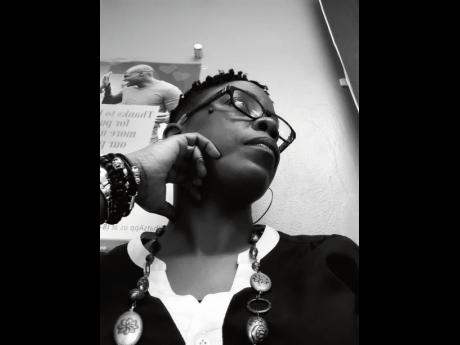 Stacey A. Palmer has just released her book of poetry, titled The Chronicles of a Woman: The Truth Teller, and, according to her cousin and best friend Yvonne Mamir Tafari, who spoke at the virtual launch, “it’s God’s plan at work in her life”.

Tafari said Palmer has found power in the pen and she has described her work as “deliberate”.

Commenting on her book – a compilation of 100 poems, Palmer said it was inspired by life’s truth as she saw and sometimes experienced it.

“The inspiration began decades ago when I started to write poetry. I had childhood friends who often encouraged me to publish. Since then, every experience (those of mine and others) has served as my muse. I have always had many pieces, but felt that I would not publish until I was truly ready to share – to stand in TRUTH,” Palmer stressed.

The Chronicles of a Woman touches on some really interesting and profound topics. Bullyism, betrayal, backbiting, mistreatments and the polity of the workplace were not overlooked.

In addressing workplace woes, where women have often been called the ‘B’ word, the author did not leave any stones unturned as she delved into some painful truths and addressed a lot of issues.

“They have no specific address, gender, relation or form. In these pieces, the Truth Tellers’ voice of advocacy is loud. The book also touches on and exposes truths about misogyny and, unsurprisingly, in the spirit of truth telling, be prepared for the poem titled M I S S – OGYNISTS,” Palmer hinted about the book.

AFRAID TO SPEAK UP

Commenting on the subtopic ‘The Truth Teller’, Palmer said women are not really in denial, but are more afraid of publicly admitting or acknowledging the real challenges that they encounter, because of the shame some of those challenges/issues bring.

Society, she said, has a way of using the woman’s shame against her, so she then feels chastised into silence.

For Palmer, however, the main thing she wants readers to take away from her book is the importance of telling the truth, no matter how it looks.

“I want readers to understand, also, that you cannot truly heal if you don’t fully acknowledge your issues and experiences. That, no matter how ugly the truth may appear, there is value in standing in your truth. It is from one’s truth – no matter how painful – that healing truly begins. I want my readers to, in the end, allow the shame to pass through them, to deweaponise shame, understand that pain is inevitable, but to know that there is purpose in pain,” are her impassioned words.

Palmer, while restricted from having a physical launch because of the pandemic, said the spinoff was that she ended up having a diverse audience at the recent virtual launch.

“There were people of different races and different geographical locations and background. We had readers from Germany, Nigeria, The USA, Grenada and Jamaica and people attending from Canada, the UK, USA, Jamaica, Grenada, Germany and the Netherlands,” she said.

Born and raised in Kingston, the Merl Grove High School past student went on to business college before heading to The University of the West Indies where she did a bachelor of arts degree in literatures in English and a master of arts in communication studies. She is now enrolled in the Master of Science in Gender and Development course, which she says she is doing because of her passion for gender issues.

Palmer revealed that her passion for writing began as a result of childhood trauma, and, having discovered the healing power of the pen and the truth, she couldn’t stop.

“My poetry covers almost every topic that you can imagine, especially those uncomfortable truths,” she shared.

Palmer, in sharing the secret to her strength and ability to overcome, credits it to her being spiritual and connected to her faith.

“I wear my prayers most days the way I wear my clothes. I literally cannot survive without praying. I see where it has worked for me in raising my daughter. Prayer brings me peace. I have experienced some very challenging times that I know I would not have been able to successfully navigate had I not had my faith,” she shared.