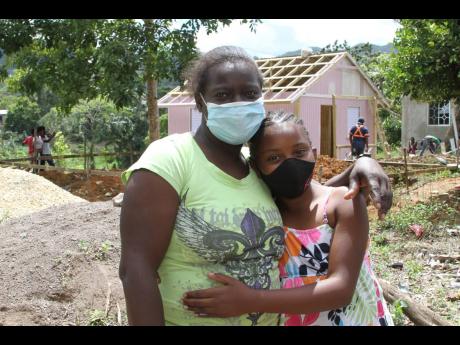 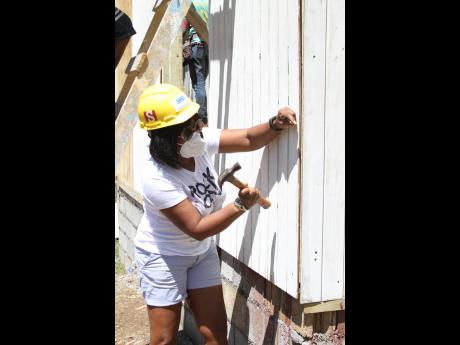 Eleven years of distress finally came to an end on Tuesday for a 41-year-old mother of five.

Evadney Johnson, a single mother of Anderson Town in northern Clarendon, was gifted a two-bedroom home, sponsored by Food For the Poor and BOOM energy drink.

Johnson, who has not had her own home since 2010, said the situation has forced her to make tough decisions, including sending her children off to stay with relatives across three parishes over the years.

She said the rotting board and structure she had called home for seven years was in a deplorable state, which got worse whenever it rained.

“I have to go underneath the plastic that I use cover the bed. It wasn’t nice for me. ... One day, the house just drop down,” she said.

Johnson disclosed that her youngest child, a six-year-old, is looking forward to home sweet home.

“I’m very excited about the house. I feel very good because [for] years I’ve been suffering,” an enthused Johnson told The Gleaner.

The house was constructed as part of FFP’s ‘Tan Ah Yuh Yard’ campaign under which 30 homes will be gifted to needy families. BOOM Energy Drink has partnered with FFP in funding construction for 10 houses in commemoration of its 10th anniversary.

“Once we’re helping others, we feel good about it. We’re doing it for the Jamaican people ... for our nation. ... Charity is everything for us,” said McHugh.

Marsha Burrell-Rose, development and marketing manager at Food for the Poor, lauded the BOOM team and urged other corporate entities to join the cause.

“It brings joy to my heart when we are able to provide shelter for our brothers and sisters in need,” said Burrell-Rose.

Supporting the initiative was recording artiste Tanya Stephens, who is hoping to bring more people on board. Stephens said she had herself emerged from poverty.

“Me know what it feels like fe go a bed hungry, so me get involved from a personal experience,” she told The Gleaner.

“If my presence can bring awareness and can get some attention and bring some people on board, then me willing.”