Trinidad and Tobago government disagrees with US travel advisory 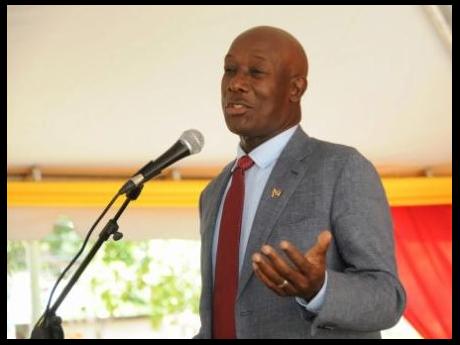 The Trinidad and Tobago government has expressed disagreement and concern about the United States' level four categorisation of the twin-island republic in its latest travel advisory to US citizens.

The warning has come even though Trinidad and Tobago’s borders have been closed for more than a year due to the COVID-19 pandemic.

The US advisory warns US citizens against visiting some 130 countries, including Trinidad and Tobago.

“We also recognise and respect that the United States of America, like other sovereign nations, must take measures to guide and protect its citizens during these unprecedented and unpredictable times, especially in light of the ongoing COVID-19 pandemic,” the statement from the Office of the Prime Minister said.

But it said “notwithstanding, Trinidad and Tobago must register our disagreement and concern with some of the statements made in the current advisory, particularly as 'terrorism' is not a specific feature of any current threat within our shores."

“We would expect that the United States, which is not unfamiliar with the face of home-grown terrorism, would reconsider the association of such a term with Trinidad and Tobago, as it certainly does not accurately reflect the local realities,” the Government of Trinidad and Tobago maintained.

The US Embassy in Trinidad said Washington had “recently adjusted our travel advisory system to give more weight to recommendations from the Centers for Disease Control and Prevention” and that “following this update, approximately 80 per cent of countries worldwide have a Travel Advisory Level of 4: Do Not Travel."

The Trinidad and Tobago government also criticised the country's opposition United National Congress (UNC) for a release following the issuing of the US travel advisory, accusing it of embarking on an agenda against Trinidad and Tobago.

The UNC had, in its statement signed by its public relations officer, Dr. Kirk Meighoo, said that the US travel advisory had warned Americans not to visit several parts of Trinidad and Tobago, which it said were “all areas ruled by the PNM (People’s National Movement) continuously since 1956 up to today."

On Friday, the US Embassy sought to distance itself from the statement issued by the main opposition party.

It said: “The embassy is aware of the UNC’s response to the Department of State’s travel advisory to US citizens. The travel advisory for Trinidad and Tobago is now level four, do not travel, due to restricted travel options put in place to prevent the spread of COVID-19," the embassy responded.

It continued: “The Department’s travel advisories are apolitical in nature, and in no way reflect our relationship with any country or with any specific political party within a country."

It said that the naming of specific neighbourhoods in Trinidad and Tobago in the travel advisory “comes from a specific provision of US law that provides there can be no double standard for US citizens versus employees of the Department of State."