HEART shrugs off concern over conflict of interest 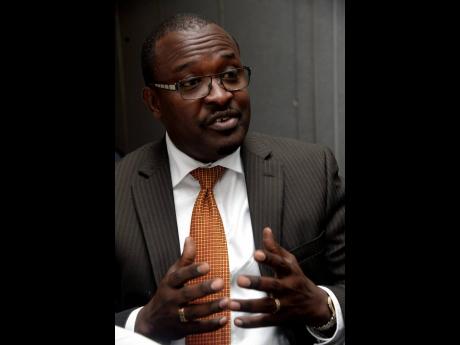 The HEART/NSTA Trust has declared that concern from its procurement staff over a contract given to a company whose CEO is the chairman of the multibillion-dollar state agency is “standard procedure” and that there was “no interference” from the board or its head.

SynCon was awarded almost $40 million in contracts since Gabbidon took up the post at the national training agency in April 2017. This newspaper had reported that SynCon’s relationship with HEART predated the chairmanship, which the agency has now confirmed goes back to 2006.

It was also revealed that in December 2019, HEART’s procurement committee had very serious concerns, even voting to abstain from approving a recommendation for SynCon to get a $2-million contract because of a “clear conflict of interest”.

The committee believed the situation breached provisions in the Public Procurement Act and an internal policy, and questioned whether Gabbidon’s declaration of interest was sufficient to override the law given his position.

Up to February 24, 2020, legal guidance was being sought by the committee’s chair Marsha Fletcher-Whyte and the director of procurement William Malabver, from HEART’s most senior lawyer, Desrine Pearson.

In a full-page advertisement published today, HEART did not say whether the advice was provided, and if so, when, what it said, and to whom the 2019 contract to provide Fortigate Firewall appliances was ultimately awarded.

But it noted that the concerns were normal.

“This is standard procedure, which aligns with her role and responsibility in the process,” the board’s corporate governance committee said of Fletcher-Whyte.

It said that Fletcher-Whyte’s observation of the 2019 bid to which SynCon was invited, indicated “some concerns” which is “entirely expected and acceptable”.

“It is the [procurement] committee’s function and duty to determine whether it is satisfied or not with the responses received,” said HEART, adding that “there was no interference in the matter by the board or the chairman”, adding further that the board is “satisfied that there was no breach of the Public Procurement Act.”

Regarding the eight contracts awarded to SynCon since Gabbidon’s chairmanship, HEART says all the criteria and procedures were satisfied and that based on the value of the tenders, neither Gabbidon nor the board were involved in any aspects of the process.

Of the eight, six were awarded before the procurement committee raised its concerns in December 2019.

The individual contracts were all below the $30-million threshold that would have triggered board approval, HEART explained, citing the procurement law.

Contracts below the threshold are managed by the committee and signed off on by the managing director.

SynCon is a 27-year-old IT consultancy firm that has been supplying cloud, wireless and cybersecurity services, among others, to HEART. These services are not unique to the company, an official there admitted.

Prime Minister Andrew Holness, who has responsibility for HEART/NSTA Trust, reappointed Gabbidon in March for another term despite some hesitancy, The Sunday Gleaner understands.

Some of the leading technology service providers here have shied away from commenting the issue, with one expert speaking only on condition his name not be published because of “business interests”.

“I think there’s a difference if you are the board chairman versus being a regular board member. Some distance is needed and that could mean losing out on some money, but the services are not exclusive,” said the cybersecurity professional.

When apprised of HEART’s response, the official added that “issue raised is a legitimate one and HEART should not have found itself in a position where it has to convince the public that the chairman has had no influence over the process in which a connected company was benefiting from contracts”.

The National Integrity Action and the Jamaica Accountability Meter Portal have expressed disappointment at the situation, calling on Holness to “revisit” Gabbidon’s status.

HEART, which has been under scrutiny over its certification rates, has grabbed public attention in recent weeks after board declined to renew Dr Janet Dyer’s contract as managing director and subsequent staff divisions seeping out.

Last Monday, Colonel Martin Rickman revealed he resigned from the board, which he said has asked him to take over as interim head. He’s awaiting confirmation.

Novelette Denton-Prince, who heads corporate services, has been overseeing HEART’s operations since April 8, but will cease to do so on Friday.

1. Would the two clauses stated be applicable to the chairman of the board and the affiliated company – SynCon Technologies Limited?

2. Given that the chairman of the board is the CEO of SynCon Technologies Limited, having signed a tender document submitted to the Trust, should this disqualify the company from the procurement process?

3. Would aborting this current tender process expose the Trust to litigation, and what effect, if any, would arise if the Trust continues with the tender and award the contract to SynCon Technologies Limited, being the lowest bidder?

4. Is the declaration of affiliation and interest document that is signed by the board members, inclusive of the chairman, sufficient to treat with conflict of interest in this situation and others like it?

6. Can you also advise how the Trust should treat with engaging companies or entities that are closely associated with current members of the board?