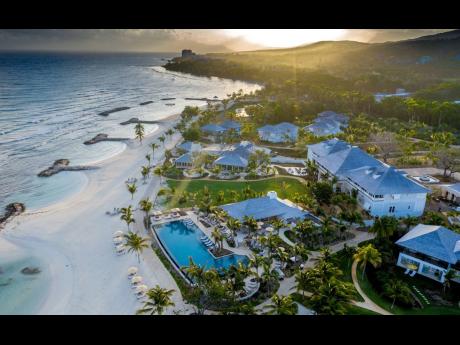 Contributed
Half Moon’s 57-room Eclipse has been ranked as one of the world’s top new resorts by Travel + Leisure in its 16th annual ‘It List’ for 2021.

Half Moon’s 57-room Eclipse has been recognised as one of the world’s top new resorts by Travel + Leisure in its 16th annual ‘It List’ for 2021.

The Montego Bay hotel is one of four resorts in the Caribbean to make the list, which included 73 properties from Asia, Australia, Europe, Africa, and Latin America.

The other Caribbean resorts to make the ‘It List’ are Rosewood Little Dix Bay in the British Virgin Islands, Hotel Barriere Le Carl Gustaf in St Bart’s, and Caerula Mar Club in The Bahamas.

Eclipse at Half Moon is one of the most luxurious additions to the region, taking the resort into new frontiers months after officially reopening its doors.

Hundreds of new and renovated properties across the globe were assessed as early as 2020, research has shown.

Thrilled by the announcement, the resort’s general manager, Shernette Crichton, said the new 57-room offering was an impressive addition to Half Moon.

“Eclipse at Half Moon has delivered a superior guest experience since its opening. From outstanding culinary and wellness experiences to thoughtfully appointed and spacious accommodations set on two miles of beachfront, the property has created a dynamic journey for discerning travellers and tastemakers that stands out in the Caribbean and beyond,” she said.

The resort, which boasts an 18-hole championship golf course, a number of signature restaurants, a natural swimming cove, and an infinity-edge pool, is also home to an award-winning spa.

Located 10 minutes from the Sangster International Airport, the resort features seven new bars and restaurants, including the signature Delmare.

The resort has a mix of low-profile cottages and estate homes.

The 400-acre property is still owned by three of the original founding families, and features three distinctive resort experiences – Eclipse at Half Moon, Rose Hall Villas by Half Moon, and Founders Cove at Half Moon.

The 2021 It List will be included in the May issue of Travel + Leisure.