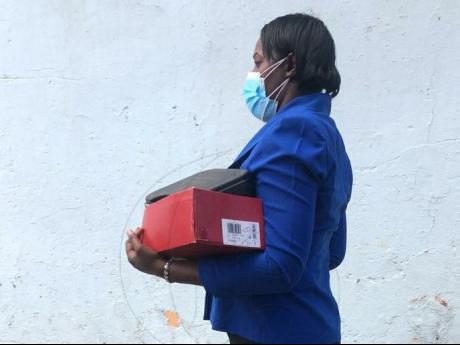 The Gleaner understands that among the items removed from a vault were two firearms and ammunition.

The operation, which lasted several hours, saw the police and a fire crew muscling machinery to access the vault.

Members of the @JamaicaConstab and Jamaica Fire Brigade are now carrying out an operation at a bar on Old Hope Road in St Andrew where Robert Fletcher was shot dead by gunmen yesterday. Investigators are tight-lipped about the operation. #GLNRToday pic.twitter.com/61jMxEh86r

When finally opened, a female detective jumped from her seat and said an emphatic “It open! Yes!”

Heavily armed police personnel stood guard as investigators gained access to the vault through the walls of a restaurant adjoining the bar operated by Fletcher.

The female detective then left the building with a black box marked Glock.

Another detective had want appeared to be a rifle or shotgun in a bag. 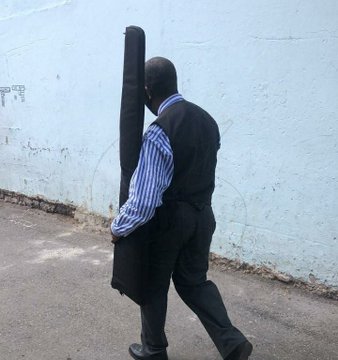 Shortly after midday on Monday, Fletcher was gunned down by men posing as customers at his establishment.

Minutes later, the men were intercepted by the police on Trafalgar Road.

Two were killed in a shootout and a third escaped, the police report.

WATCH: The police are reporting that the gunmen killed in a shootout with cops on Trafalgar Road, St Andrew had earlier stolen the firearm of a man they shot to death on Old Hope Road. The stolen weapon is among two seized by the police, says SSP Stephanie Lindsay. pic.twitter.com/cew7ASz5MH

The Independent Commission of Investigations is probing Monday's fatal shooting involving the police.