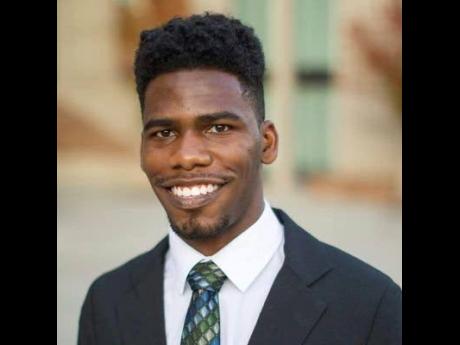 A YOUNG Jamaican entrepreneur who cut his teeth working in Silicon Valley, Nicholas Kee is keen on making his mark in an arena where innovation meets climate change: ocean farming.

His product of choice is seaweed. His goal is to provide local fishers with an alternative livelihood option while contributing to climate change response efforts, with a focus on carbon storage.

The emission of greenhouse gases, including carbon dioxide, fuel the changing climate, causing impacts that run from sea level rise and an increase in sea surface temperatures to extreme weather events, such as hurricanes and droughts. These, in turn, compromise livelihoods in sectors such as fisheries and agriculture.

Carbon storage, therefore, forms an important part of the response to climate change and is inspiration for Kee.

“Generally, we have been experiencing the ill effects of climate change. I have been on a lot of committees and been in policy advisory roles to explore regulations and high-level work going on in the Caribbean. It felt a bit defensive instead of offensive,” the 26-year-old Ardenne High School graduate said.

As a consequence, Kee noted, “I decided to dive extremely deep into the research re carbon emissions, greenhouse gas emissions and their effects and the major contributing factors and variables in the world; and explored offensive pathways the Caribbean could go after.

“Ocean farming came up mainly because of our regional make-up. The majority of the region is, of course, made up of water and are at a prime intersection between the international players because of our geopolitical standing,” added the award-winning technologist and recipient of the Prime Minister’s Youth Award for 2017.

Further research led Kee to conclude that seaweed is the right product to take advantage of the space, given the growing body of research that suggests it can offset land-based sources of carbon emissions.

“Farming seaweed in just 3.8 per cent of the federal waters off the California coast, that’s 0.065 per cent of the global ocean suitable for growing macroalgae, could neutralise emissions from the state’s $50-billion agriculture industry,” notes an August 2019 National Geographic article, for example.

The article was referencing a paper authored by researchers from the University of California and published in the journal Current Biology.

Kee is looking to see how seaweed works for Jamaica; and he has come up with a proposal on which he is collaborating with a local foundation to implement.

Already some 25 acres of marine acreage is earmarked with the plan to do a pilot and proof of concept on an initial 10 acres, following receipt of approval from the National Environment and Planning Agency.

“We will be using about 10 acres of the area to not just go ahead with the concept but also put in a feasibility study to see how viable this is for the average fisherman to explore this market themselves. In this initial stage, we will go ahead and do a few test experiments. We are setting up our own apparatus and then will analyse how well the seaweed are growing and the harvesting,” explained Kee, who is supported in his venture by a team that includes a farmer, project manager and technical product manager, together with a psychologist with a background in natural sciences and management.

His team is rounded out by a marine ecologist, a marine and terrestrial biologist, an earth and environmental scientist with an interest in environmental sustainability, and a geologist who specialises in geophysics engineering geology and renewable energy.

The plan also includes training a team of students from the College of Agriculture, Science and Education to have them support the pilot for which some $6 million is budgeted.

“Once we have done the training, solidified the proof of concept, and polished all operations, then we will be ready to open source everything to the average fishermen to create and set up their own to help them to channel out into their own market or sell their seaweed back to you,” Kee said.

“This would open up an entire new market, not just for Jamaica but the entire Caribbean. Seaweed globally is a US$85-billion market and it is anticipated to grow at a steady rate of probably five per cent each year. It may even be more, given the urgency of climate change action,” he added.