OUR issues directive to JPS on billing cycle 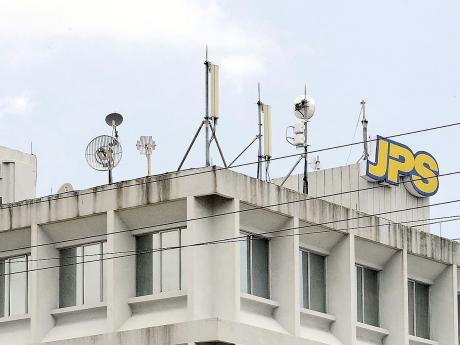 As part of the directive, JPS is also being asked to indicate to the OUR the methods it employed to notify customers of any significant variance in their consumption.

The Jamaica Public Service Company (JPS) has been directed by the Office of Utilities Regulation (OUR) to start submitting quarterly reports on data on meter readings for residential customers whose electricity bills fall outside of the stipulated average previous readings.

The OUR points out that JPS is required to take note and submit a report when a customer's meter reading is +/- 30% of average previous readings.

As part of the directive, JPS is also being asked to indicate to the OUR the methods it employed to notify customers of any significant variance in their consumption.

In addition, the OUR, by letter dated April 29, 2021, and as a follow up to an OUR report issued in October 2020, asked JPS to provide a report on the reasons for failing to notify its customers between August 2014 and June 2020 of the significant variance in consumption.

The utility regulator notes that under the OUR's Decision: Enquiry into Billing Systems of the Jamaica Public Service Limited dated February 22, 2005 (the Exceptions Criteria), the light and power company is required to outline the corrective action(s) and the measures taken to prevent a recurrence of its non-compliance with the exceptions criteria.

Meanwhile, the OUR has also requested that JPS submit a report on the corrective and preventative measures taken to comply with the billing period restrictions as stipulated in an October 10, 2008, memorandum issued to the company.

The OUR pointed out that the directives follow an investigation by the regulator into JPS customers' complaints of high bill/consumption since the April 2020 billing period.

The finding of the investigation was issued in a document titled: OUR's Investigation into Customer Complaints of High Billing by the Jamaica Public Service Company Limited dated  October 8, 2020.

The results of that probe, the OUR notes, revealed that 259,679 accounts, which represent 39% of JPS' customer base, were billed in excess of 31 days for the  April 2020 billing period.

Apart from stipulations set out in the 2008 memorandum, the OUR says it found that, among other things, JPS was non-compliant with the previously issued decision relating to the exceptions criteria.

This requires JPS to reject any meter reading that falls outside +/- 30% of average previous consumption for residential customers and should not be applied to customer accounts until it is confirmed to be accurate.

Additionally, JPS is required to notify affected customers of the significant variance in consumption.

It was identified during the investigation that for the period August 2014 to June 2020, customers were not notified whenever there was a significant change in their reading.

The OUR expressed the view that had JPS complied with the decision, the extent of the bill shock experienced by customers in  April 2020, would have been dampened.

According to the OUR, JPS has since advised that it has resumed sending notifications to customers with significant variance in consumption by text messages since July 2020.

The OUR says it anticipates full compliance with its directive and report requests.