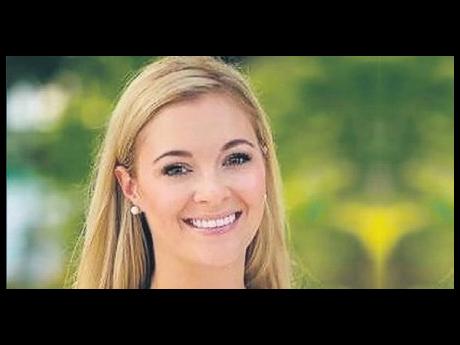 The partner of the son of well-known British magnate, Lord Ashcroft, was taken into police custody in Belize on Saturday, following the shooting death of a police superintendent.

The police say Jasmine Hartin, was arrested on Friday, following the discovery of the body of Superintendent Henry Jemmott on a pier in the resort town of San Pedro.

Hartin, 38, an American, is the partner of  Andrew Ashcroft, Lord Ashcroft' youngest son.

During a media briefing on Saturday, police commissioner Chester Williams said initially Hartin refused to give a statement to the police.

He later  confirmed that Hartin was in custody and being investigated in connection with the death of Jemmott.

“Upon investigating, police found the female on a pier, and she had what appeared to be blood on her arms and on her clothing,” he said.

The police report said the Jemmott was shot just behind his right ear.

A former deputy chairman of the Conservative Party, he has also represented Belize at the United Nations.