‘Jamaican banks are asleep at the wheel’ 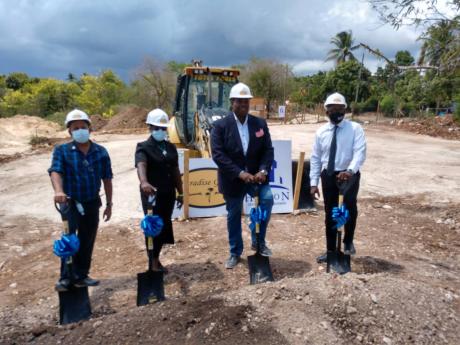 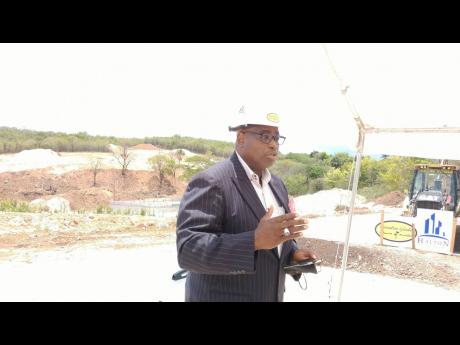 President and CEO of Halton Development Management, Paul Walker, on Friday blasted Jamaican banks for what he termed their unwillingness to participate in investing in the development of the housing stock.

Walker, who was speaking at the official ground-breaking ceremony for the Paradise Glade development in Rosewell, Clarendon, had high praises for Government stakeholders such as the National Environment and Planning Agency and the Clarendon Municipal Corporation even as he was critical of local financial institutions.

“The banks have yet to come on board with the reality that the Government has a mandate to provide housing for Jamaicans,” he said, highlighting the measures the Government has put in place, such as changes to the arrangement as it relates to intergenerational mortgages having lower interest rates and lower cost on transfer tax, which ultimately brings down the cost of legal fees.

Walker chided the financial sector for not playing its part in partnering with developers to make homeownership a reality for many.

“They are asleep at the wheel and what we see happening now is that there are some projects being financed by the Exim Bank of China. I am actually looking at overseas sources for funding, in addition to what’s being done with my investment banking partners, to finance the projects that we have in our pipeline, because we find that the banking sector is not a willing partner in this mission to provide housing solution, and that is a problem,” Walker said.

Highlighting the experience of one of his partners who is developing 75 units in Hellshire, he said the units are already sold and they are still getting a hard time from the bank.

“How do you have 75 units, 100 per cent sold, yet you cannot have the bank sit down with you and say, ‘I’ll hold your hand since I don’t trust you … let’s find a way to actually make this happen?,” he quizzed.

Walker, after venting his frustration, directed an appeal to guest speaker Pearnel Charles Jr., minister of housing, urban renewal, environment and climate change, to “get the bankers in a room, lock the door and tell them, ‘we need a solution’,” he said, adding that that is what it will take to move the bottleneck in taking housing solutions forward.

There was, however, some good news from Charles Jr., who announced that his ministry will be launching a series of discussions with developers to hear from them.

“What are your concerns, suggestions? Do you have what will help us to create an environment for you to shine?” he asked, pointing out that if they do well, then so, too, does the Government.

Paradise Glade is located between Sandy Bay and Palmers Cross in Clarendon. It features a small master-planned community of 18 two-bedroom, two-bathroom and one three-bedroom units on five acres of land.

The development will also include a park and kids play area, a football field and remote gate with smartphone access.