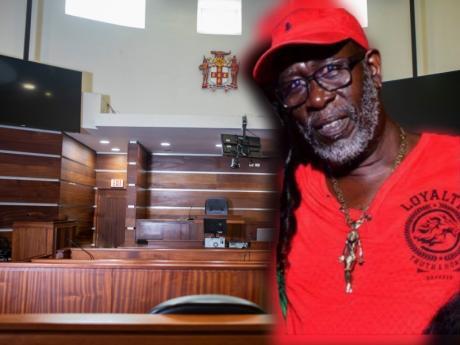 The 67-year-old businessman is accused of murdering his two wives. Following submissions on the new evidence, the judge is expected to make a decision on McDonald's bail application.

Members of the media were this afternoon removed from the proceedings against Portland businessman Everton 'Beachy Stout' McDonald in the Home Circuit Court as it was deemed that new evidence before the court is extremely sensitive.

The information surrounds new material that was recently obtained by the prosecution in relation to the 67-year-old man who is accused of murdering his two wives.

The prosecution was this afternoon expected to outline the new evidence followed by a response from the defence and Justice Vinette Allen –Graham.

However, members of the media were instructed by the judge to withdraw from the hearing after the lead prosecutor indicated that the material was extremely sensitive.

"It is material that I think, in the interest of justice, should not be disclosed to the general public," she said while asking the judge to remove reporters.

The move was supported by the defence which said the revelation would not be good for potential jurors.

Following submissions on the new evidence, the judge is expected to make a decision on McDonald's bail application.

She has signalled that the ruling might again be delayed due to the length of this afternoon's submissions.

The Portland businessman is charged along with Oscar Barnes for the murder of his second.

In the first matter, a cold case, McDonald is charged in connection with the killing of Merlene McDonald, who was shot dead outside her home in Boundbrook, Portland in May 2009.

In the other case involving his second wife, Tonia McDonald, the businessman is charged along with Barnes in connection with the July 20, 2020, murder.

Tonia's partially burnt body was found with the throat slashed beside her burnt car along the Sherwood Forest main road in Portland last July.

Minott, in a witness statement, claimed that he was offered $3 million by the Portland businessman to end his wife's life.

But he revealed in the statement that he hired another man to carry out the crime and that he watched as the man repeatedly stabbed the 32-year-old businesswoman.