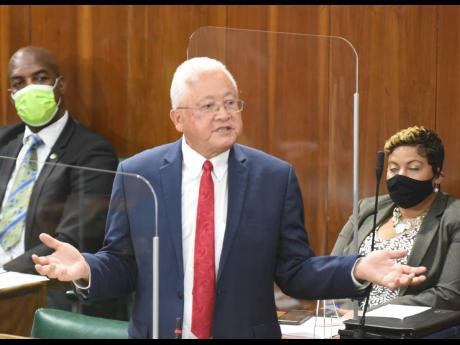 While the Lay Magistrate Association of Jamaica (LMAJ) wants to see a continuation of the existing arrangement that sees some parishes having justices of the peace (JP) associations and lay magistrate associations operating independently of each other, Justice Minister Delroy Chuck is adamant that they should be under one umbrella.

Chuck explained that the LMAJ in each parish can always represent those JPs who have agreed to join that grouping as they have carried out the particular activity of serving in the lay magistrates court or hope to serve in that court.

“Unfortunately, the president of the LMAJ takes the view that the LMAJ has the right to represent all JPs across the island. I will try to disabuse him of that notion. Even if his constitution provides for that, there is no basis on which they can say that they represent all JPs. They must represent those JPs who join the LMAJ,” said Chuck. “Even if their membership is 1,000 or 2,000, you have in excess of 10,000 JPs in Jamaica, so they (the LMAJ) only represent those JPs who have joined them.”

Chuck said he has plans to meet with the leadership of the LMAJ, and he intends to make it clear that while they can exist as a subgroup, they must fall under the ambit of the parish associations.

The Gleaner has been reliably informed that some custodes are far advanced with the plans of the justice minister and are currently taking the requisite steps to have one main body representing the interests of all JPs.

In Hanover, the justices of the peace association is meeting Chuck’s mandate in collaboration with Dr David Stair, the parish’s custos while in Kingston, Custos Steadman Fuller said they are well advanced in their plans to create the framework that will have all JPs under one umbrella.

“I must tell you that Kingston is way ahead in its planning. We already have an interim committee working. We have set up accounts, designed logo, and registered our association with the registrar of companies,” said Fuller, in expressing the hope that the members of the LMAJ would fall in line.

Chuck said that he would be writing to the president of the LMAJ before the end of this week, requesting a meeting to bring greater clarity to the issues and to chart a path going forward.