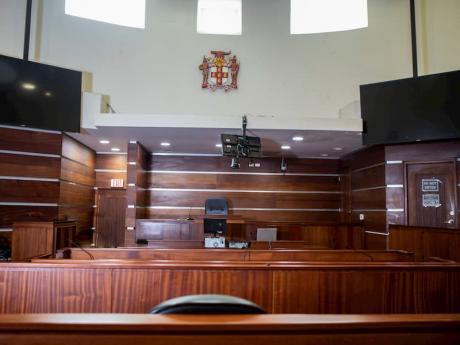 The bail application was conducted in a virtual in-camera hearing yesterday before Justice Judith Foster.

The Court of Appeal has reserved its decision on an application for bail for the two soldiers convicted in Military Court for the disappearance of two high-powered weapons from the Jamaica Defence Force's armoury last year.

The bail application was conducted in a virtual in-camera hearing yesterday before Justice Judith Foster.

The lawyers are seeking bail for Lascelles Gardener and Horace Ellis pending an application for leave to challenge their conviction.

Gardener and Ellis pleaded guilty to losing public property and disobedience to the standing orders and were both sentenced to over 600 days in prison at the JDF's camp last August.

Both were fingered after the two M16 rifles were discovered missing from the army's South Camp base in St Andrew on February 15, 2020, after an inventory exercise was carried out.

But the soldiers will be challenging their conviction on the basis that their pleas were neither voluntary nor freely entered.

They are also seeking a declaration from the court to determine whether the “ordinary court marshal" falls under the constitutional stipulation of an independent and impartial tribunal as required by section 16 of the Constitution.

The men also want the court to indicate whether their imprisonment is consistent with the permissible derogations of rights to liberty as listed and outlined under section 14 (1) of the Constitution.

Attorneys-at-law Isat Buchanan and John Clarke are representing the soldiers.

Chief of Defence Staff, Lieutenant General Rocky Meade, reported last year that the weapons had not been found and that the army had sought the help of the police to trace the weapons.

The JDF had indicated that it would have reviewed its weapons protocol after Corporal Doran McKenzie, who worked at the armoury, allegedly removed a weapon that was later reportedly used to kill his girlfriend, Suianne Easy, at their Greater Portmore, St Catherine home in January last year.