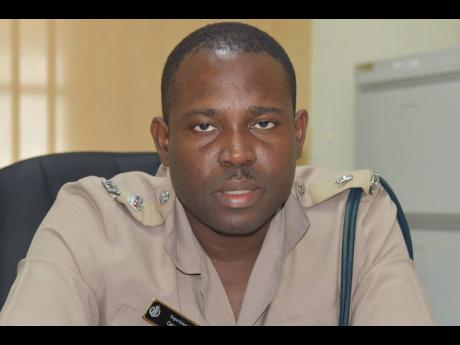 The Trelawny police have defended the safety of the segment of the North Coast Highway linking the Bengal Bridge to the Martha Brae Overpass, saying that structural flaws were not to blame for fatal accidents recorded this year.

Superintendent Carlos Russell, the commanding officer for Trelawny, said that the roadway’s condition played no role in the 20 fatalities that have resulted from 19 major traffic crashes along the much-used thoroughfare.

Citing speeding and careless overtaking as causal factors in crashes, Russell has refuted claims by some motorists that the roadway tilts slightly to one side, causing them to drift.

“The police will not ease up on the frequent speed traps on different sections of the road,” said Russell, explaining one of the strategies in the clampdown on traffic offenders.

Stephen Shaw, the manager of communications and customer service at the National Works Agency, said that over time, the agency has taken steps to help improve safety on that roadway.

That has included four kilometres of road markings and the insertion of raised pavement markers, or ‘cat eyes’, which improve visibility at nights.

The Jamaica Fire Brigade, which has been called upon to rescue victims trapped in mangled vehicles, is also urging motorists to be cautious.

“We have been having too many accidents along our roadway because motorists are speeding among other unsafe manoeuvres,” said Stewart Beckford, commissioner of the Jamaica Fire Brigade.

Beckford said that the stretch of roadway leading into Negril, Westmoreland, was “neck and neck” in accident statistics with the Trelawny section of the North Coast Highway.

According to information provided by the Negril Fire Department, between January 2020 and June 2021, there were some 420 accidents, several of which were fatal.