Social intervention running in the background in ZOSO Norwood 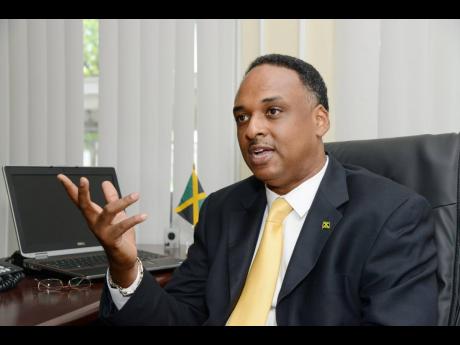 Omar Sweeney, deputy chairman of the zone of special operations (ZOSO), says small entrepreneurs in Norwood, St James, will be among the first residents to benefit from social intervention investment strategies, which is one of the components of the security initiative.

While the members of the joint security forces may have a long way to go in bringing sustainable law and order to the community, Sweeney said his team will be going in to provide a cushion to those impacted by both the COVID-19 pandemic and the ZOSO.

“I think, in terms of some very small interventions, we should start seeing something towards the end of September, because we have some programmes to support small business enterprises in the community,” Sweeney told The Gleaner. “It is COVID times, and now the community has been put under ZOSO, therefore, we want to ensure that residents can maintain their livelihood.”

On Father’s Day (June 20), the Government declared a ZOSO in a section of Norwood, which was seen as the epicentre of criminal activities. The area forms a part of the St James North West, the constituency of National Security Minister Dr Horace Chang.

In justifying the ZOSO in Norwood, the Andrew Holness administration said the community is home to some six criminal gangs and is responsible for some 15 murders since the start of the year.

Sweeney said while the security measures are attracting the most attention, the social intervention committee programmes are taking place in the background.

“We are doing the consultation with the community groups because we have to know the layout of the land in terms of the groups that are working and what resources are available and what are some of the things that are needed,” said Sweeney.

“I have received a comprehensive report from the National Water Commission in terms of the status of the connections and water supply in the community. So we are also looking at how we can plan and design the intervention around the regularisation of the water supply,” added Sweeney.

While there have been calls for the NWC to apply a flat rate for the residents, which is done in some poor communities, Sweeney said the social intervention team is not in support of that approach.

“I can tell you, just from working in a number of communities, flat rate is not the place where we want to be,” said Sweeney, who is also the managing director of the Jamaica Social Investment Fund. “Where we want to be is where people can have a good education about water consumption and the usage, and have the ability to have their own meters, and not have the fear or worry of persons tapping into their own water supply.”

“Socially, it doesn’t necessarily work. One person can be using just a couple taps in their house and the person next door is running a car wash. That immediately creates social discord in the community, because persons will believe that their flat rate may be elevated by someone who is taking advantage. We don’t want to create more discord, what we want to do is to make it fair for everybody, which normally means you pay what is on your meter,” added Sweeney.